Richmond City Council kills proposal to examine police funding in social, mental health and community services and move the money to other departments 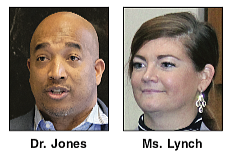 Yes to the demand to develop a mental health alert system named for Marcus-David Peters, the

24-year-old high school biology teacher whom a Richmond Police officer fatally shot in 2018 as Mr. Peters charged and threatened him while experiencing what has been described as a mental crisis.

Yes to another demand for an independent civilian review board with subpoena power to consider complaints against police officers for use of excessive force.

That was the response of Richmond City Council on Monday night amid the ongoing protests and demonstrations sparked by the Minneapolis police killing of George Floyd during his May 25 arrest for allegedly passing a phony $20 bill.

The largely peaceful wave of protests in Richmond were marked last weekend, however, by confrontations with police, window smashing, graffiti tagging and additional arrests.

City Council voted 7-2 to kill a proposal that would have required the administration to provide information by Oct. 1 on police spending on social services, mental health and other community services and recommendations for moving the money to other departments and private providers that do similar work.

“This proposal is not about demolishing, dismantling or even defunding the police department,” Councilman Michael J. Jones, 9th District, told his council colleagues.

Dr. Jones spearheaded the effort with Councilwoman Stephanie A. Lynch, 5th District, for an analysis of departmental spending.

Dr. Jones said the goal was to allow the administration to lay out where funding for police involved expenditures in social, community and mental health programs covered by other departments and whether the money would be better spent in beefing up the resources of those departments.

“That’s it,” Dr. Jones said before the meeting. “Given our scarce resources, we need to assure our citizens that we are making the best use of our dollars.

“This is something we should be doing, and I don’t understand why just talking about taking a fresh look at police spending is creating such pushback. I’ve received death threats just for talking about this. My family has been harassed.”

But City Council rejected the proposal after Police Chief Gerald M. Smith noted that the headlines and news stories describing the proposal as “defunding police” made it unpalatable.

“Words matter,” Chief Smith told the council. He said the tagline on the proposal sent a message to the police department that there was a “loss of faith and lack of support” for officers at a time when morale is low and officers are overtaxed trying to deal with the continuing demonstrations and regular calls for service.

Chief Smith said he supports the administration and the council spending more on social services, mental health and recreation, but he said it should not come at the expense of the police department.

“I’ll examine our budget head to toe in the spirit of improvement. But first I need to change the misconception that the RPD budget is up for grabs,” he said.

Eighth District Councilwoman Reva M. Trammell, chair of City Council’s Public Safety Committee and who was participating in her first meeting after being sidelined by an accident a few weeks ago, found little to like.

Concerned like 3rd District Coun- cilman Chris A. Hilbert over the recent spike in shootings and killings in the city, Ms. Trammell also expressed dismay at the insults she said are being hurled at police.

“Yeah, there needs to be some changes, but on both sides, both sides,” she said.

Dr. Jones and Ms. Lynch both noted that full funding of a Marcus Alert System that would have mental health professionals respond to non-violent emergency crisis situations rather than police and a civilian oversight board of police will have to come from somewhere.

City Council approved legislation that would set up task forces to design both of those programs, with a view to creating models for the rest of the state.

However, the proposal for the Marcus Alert System may not have aided Mr. Peters. 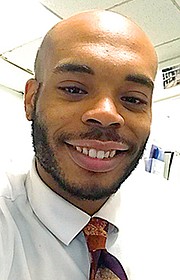 Mr. Peters, who was driving Downtown, was chased by a police officer after side-swiping several cars and driving erratically toward an entry ramp to Interstate 95.

According to police video released after the May 14, 2018, fatal shooting, Mr. Peters, who was naked and unarmed, climbed out of his car feet first through the driver’s side window and ran onto the interstate, where he was struck by a car, and then danced and rolled around in the traffic lane as vehicles slowed around him.

When he noticed the police officer, he threatened to kill him and charged at him, screaming expletives. The officer fired his Taser at Mr. Peters, which failed to connect or subdue him and then fired his service revolver, striking Mr. Peters.

The incident lasted about 19 seconds, with events unfolding in too short a time span to allow a mental health professional to respond. In calling for backup before the shooting, the officer acknowledged the Mr. Peters seemed to be suffering a mental crisis.

Separately, Ms. Trammell’s committee put off action on Tuesday on another proposal by Dr. Jones and Ms. Lynch calling for an end to police use of tear gas, pepper spray and rubber bullets against protesters, another demand from protesters.

In other business Monday, City Council cleared the way for development of a new shared-housing apartment complex on Arthur Ashe Boulevard. The council also overrode the city Planning Commission to permit an Ashe Boulevard gas station to raise an 84-foot sign to be seen on Interstate 95.