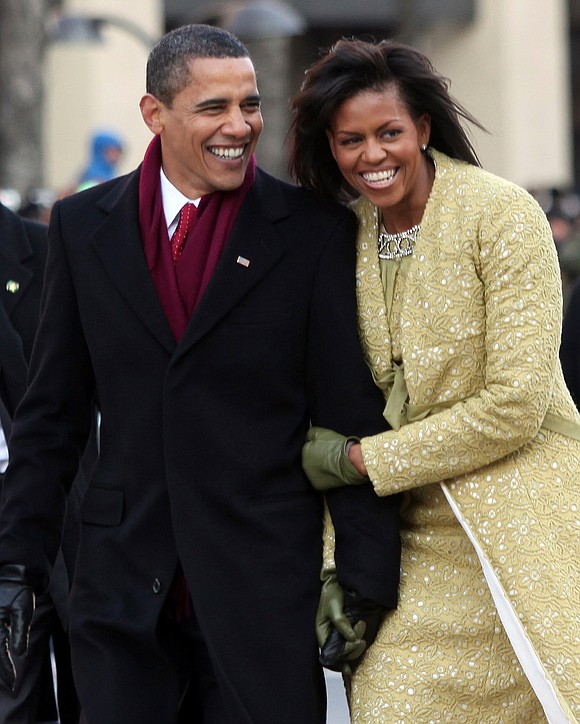 LOS ANGELES- Yes, they will!

Called “Graduate Together: America Honors the High School Class of 2020,” the event will be aired simultaneously by ABC, CBS, NBC and Fox, along with more than 20 other broadcast and digital streaming partners, according to the announcement Tuesday from organizers.

The celebration is hosted by the education advocacy group XQ Institute, The LeBron James Family Foundation and The Entertainment Industry Foundation.

Separately, a YouTube event called “Dear Class of 2020,” to be hosted by Mrs. Obama’s Reach Higher initiative and streamed on Saturday, June 6, the former president and first lady will join with the likes of Pakistani Nobel Peace prize winner Malala Yousafzai, former U.S. Secretary of State Condoleezza Rice and actress Kerry Washington in celebrating graduates across the United States.

“I know how hard the #Classof2020 has worked to make it to graduation, so @BarackObama and I want to give you the celebration you deserve,” Mrs. Obama tweeted on Tuesday in announcing the YouTube event. “Whether you’re graduating from high school, college or any other kind of school – we want you, your family and all of your loved ones to be a part of this celebration.”

Mr. Obama, 53, who started his college studies at Occidental College in Los Angeles before earning his undergraduate degree from Columbia University in New York City and later a law degree from Harvard University in Cambridge, Mass., will deliver a message reflecting on the COVID-19 pandemic’s disruption of school life, especially for seniors who have missed out on their milestone rites of passage.

“This high school graduation season will be anything but ordinary — but that’s all the more reason why the Class of 2020 deserves extraordinary advice, heartfelt encouragement and hard-won wisdom about facing new challenges in an uncertain world,” Russlynn Ali, chief executive officer and co-founder of XQ Institute, said in a statement.

“We are grateful to President Obama for giving this gift to our nation’s 3 million high school seniors as they #GraduateTogether,” she added.

The ball started rolling when Lincoln Debenham, a California high school senior who will turn 18 on Sunday, posted a message April 14 on his Twitter account asking Mr. Obama to consider giving a national commencement address, saying, “In an unprecedented time, it would give us great comfort to hear your voice.”

Lincoln’s post went viral and was liked by more than 225,000 Twitter users. It also was seen by the 44th president.

On Tuesday, Lincoln, who will enter California State University in Los Angeles in the fall, responded on Twitter to the announcement that the Obamas will be delivering the Class of 2020 a message of hope.

“It’s wild!” the senior said on his Twitter feed @lincolnjackd. “I did expect him to do it regardless of whether I did that tweet or not. I’m still extremely excited about it.”

The Obamas also will participate in the two-hour “Show Me Your Walk, HBCU Edition,” a nationwide celebration for HBCU graduates livestreamed at 2 p.m. Saturday, May 16, on Essence Studios at essencestudios.com. It is presented by Chase in partnership with the Thurgood Marshall College Fund, the United Negro College Fund, the National Association for Equal Opportunity, the National Basketball Association, Paul Quinn College, Howard University and JPMorgan Chase’s Advancing Black Pathways Initiative, according to Mr. Obama’s office.