’His Airness’ Michael Jordan also knew how to swing a bat 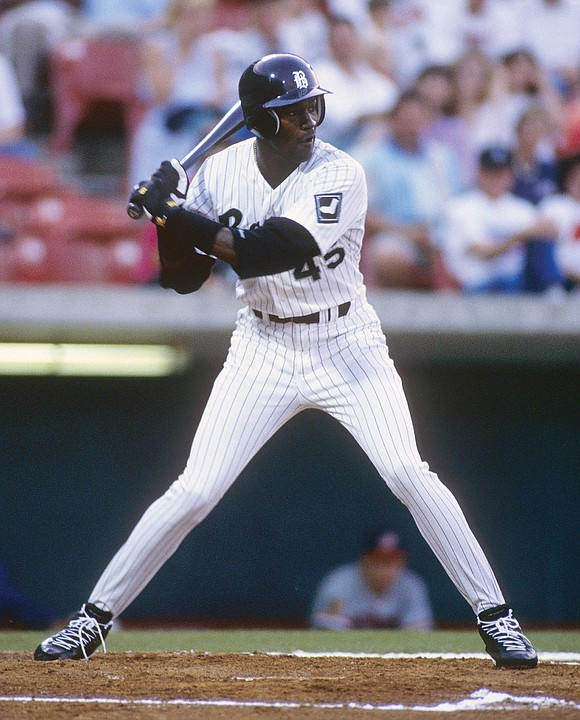 Michael Jordan suited up in 1994 for the Birmingham Barons.

The right-handed Jordan got his first hit, a single, in his eighth time at bat for the Barons. His first home run came in his 354th time up, July 30, 1994.

After seeing the blast disappear over the left field fence, Jordan kissed his fingers and pointed to the heavens, honoring his father, who had been murdered a year earlier.

Jordan left his mark on the Deep South. His No. 45 jersey adorns a wall of the Birmingham Barons’ front office and a conference room is named in his honor.

During his brief pro baseball career, Jordan insisted he was serious about the sport and coined the phrase, “It’s no gimmick.”

Terry Francona (Michael Jordan’s manager in Birmingham; now manager of the Cleveland Indians), as told to Fox Sports: “I think that if he were willing to commit three years, I believe he would have found his way to the major leagues. I really believe that. One, because of the tools he had. But the other one, and maybe the more important, and I found out first hand, if you tell Michael “no,” he finds the answer to be “yes.”

John Stearns (veteran big league catcher and rival manager of Jordan’s team in the Arizona Fall League), as told to CBS Sports: “Michael can’t play baseball, but he’s not terrible. He doesn’t have power. He can’t throw. His instincts are poor. But he can run a little bit and hit a little bit. Considering he hasn’t played ball all these years, it’s possible he could make someone’s team as the 25th man and hold his own.”

Todd “Parney” Parnell (vice president and chief operating officer for the Richmond Flying Squirrels), as told to the Free Press on the subject of making the big leagues:

“It would be incredibly difficult for practically anyone, except someone like Michael, an other-planet athlete. But what he had to match his talent was his competitiveness. Whatever he was trying to do, he pushed himself, and others around him, to the limit. The guys he was playing with had one step left in the minors before the majors. It’s amazing he picked up a bat (after so long) and did what he did.”

In the dual zone

Only 13 athletes have ever played in both the NBA and Major League Baseball.

Most “double dippers” were from long ago, like Chuck Connors, who suited up for the NBA’s Boston Celtics and MLB’s Brooklyn Dodgers in the 1940s. Some may recall the 6-foot-6 Connors as Lucas McCain from the TV western, “The Rifleman.”

Some who may have — but never did — played on the top level in both sports include these baseball Hall of Famers:

• Pitching great Bob Gibson averaged 22 points per game as a senior at Creighton University and played the 1957-58 season with the Harlem Globetrotters.

• Ferguson Jenkins, the first Canadian elected to the Baseball Hall of Fame, was a 6-foot-6 basketball star during high school in Ontario. Later he played the 1967 and 1968 seasons with the Globetrotters.

• Outfielder Dave Winfield, a 12-time, MLB All-Star, helped the University of Minnesota to the 1972 Big 10 basketball title. He was picked as a pitcher by the San Diego Padres fourth overall in the MLB draft and was drafted by both the NBA Atlanta Hawks and the ABA Utah Stars, along with the NFL’s Minnesota Vikings.