Larry J. Bland, whose leadership of The Volunteer Choir spanned more than 45 years, dies at 67 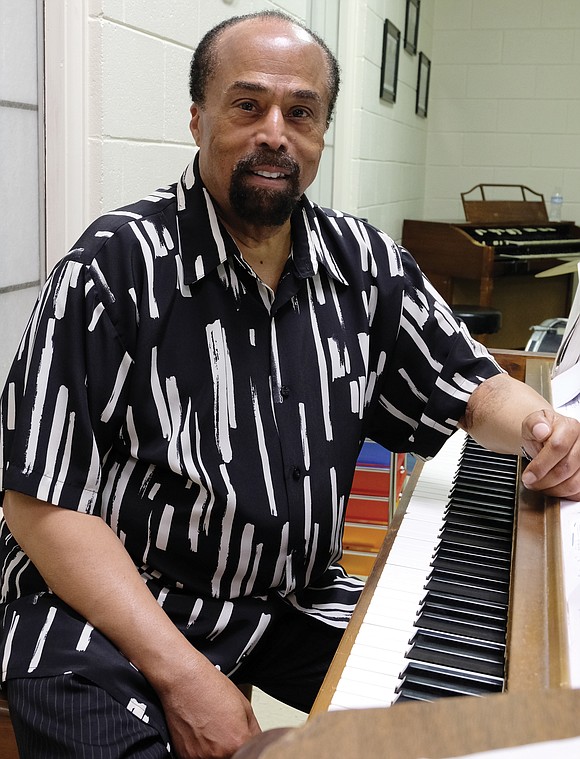 Larry Jerome Bland left his mark on gospel music in Richmond and beyond during an artistic career that spanned more than a half century.

A talented keyboard artist and singer, Mr. Bland became best known for his more than 45 years of leadership of The Volunteer Choir that transformed the group into one the area’s first show choirs and changed the perception of choral music locally.

The Richmond-born director “was the maestro who tied the community together through music,” according to Sheilah Belle, a radio personality who produces the online Belle Report of news in the gospel world.

Influenced by his work in dinner theater and as a college student by the moves of the Virginia State University marching band, Mr. Bland scrapped the tradition of having choir members standing like soldiers on risers as they sang.

Instead, he sought to create a mass group — often as many as 125 people — that performed with verve and dash in a precision, choreographed style. He also abandoned choir robes in favor of tuxedos for men and gowns and pearls for women and surrounded them with musical ensembles that included drums, keyboards and brass to enliven performances — now commonplace but unusual in church music in the 1970s when he began ushering in change.

While gospel was the choir’s mainstay, Mr. Bland also incorporated anthems, hymns, spirituals and even Latin chants and opera into the choir’s repertoire with attention to every detail.

The result: Performances that drew big crowds that got caught up in toe-tapping, hand-clapping enjoyment and worship.

Mr. Bland’s gospel passion and musical expertise are being remembered by friends and fans everywhere after he lost his battle with cancer on Friday, Nov. 13, 2020. He was 67.

His funeral will be private because of the pandemic, but the service celebrating his life can be viewed online at 11 am. Friday, Nov. 20, on the Joseph Jenkins Jr. Funeral Home’s website at jenkinsjr.com or the funeral home’s Facebook page.

A friendly man with an engaging personality and easy smile who was unfailingly polite, Mr. Bland was serious about the music and every aspect of the choir, from arranging the music to directing the choreography and handling the bookings.

“He was very organized in all that he did and was extremely professional. He imposed structure and taught us discipline and respect for performance,” stated Ms. Harris, who was a primary caretaker for Mr. Bland before his death.

“Larry was about the same age as all of us, but we looked at him like an uncle or big brother,” said Marsha Dailey Vandervall, another Volunteer Choir veteran. “He kept us straight and instilled a sense of pride in the quality of the performance. His precision, attention to detail and focus on diction and being articulate were trademarks of his leadership.”

Mr. Bland, who grew up in Richmond’s near West End, showed early signs of interest in music and began taking piano lessons at age 8 from his godmother, Bettie Keel. Ms. Keel was the the director of the choir at Mount Hermon Baptist Church in Moseley where his family attended before moving to Second Baptist Church in Richmond’s Randolph community.

Six years later, he got his first chance to direct a choir. On the recommendation of Ms. Keel, Abner Baptist Church in Glen Allen tapped the 14-year-old to lead the Youth Choir. He would go on to direct other choirs, including at First Union and First Shiloh Baptist churches in Mechanicsville.

In 1971, as Mr. Bland moved on to study music at Virginia State University, the pastor of Second Baptist, Dr. Odie D. Brown, handed him the baton to The Volunteer Choir, so named because it began with congregational volunteers who stepped up in 1968 when the church’s music ministry was in turmoil.

Mr. Bland was eager for change. The following year, he joined with another future big name in Richmond gospel, Cora Harvey Armstrong, to form a student gospel group that is now the Virginia State University Gospel Chorale.

“Incorporating my formal music studies and exposure to the Marching 110 Band,” he once wrote, led him to envision a new kind of choir that “would combine staging, precision drill and excellence in musical interpretation.”

Despite a debilitating arm injury in a car accident that delayed his VSU graduation until 1977, he began to incorporate his ideas into The Volunteer Choir.

“This new presentation,” he wrote, drew attention and also led singers from Abner, First Shiloh and First Union to swell the ranks.

The popularity of the group and its unique brand of performance led to guest appearances with the Richmond Symphony and participation in the Richmond Opera Company’s premier of Scott Joplin’s opera “Treemonisha,” as well as the musical “Purlie.”

Along with regular appearances in the Richmond Christmas Parade and in the city’s summer Festival of the Arts at Dogwood Dell, the choir also sang at inaugurations of Virginia governors, took part in welcoming Queen Elizabeth II to Virginia in 2007, toured major East Coast cities and had a chance to perform for James Cleveland in Los Angeles.

The success led Mr. Bland to be tapped for several years to direct June Jubilee, at the time the city’s largest free outdoor music festival, and earned the choir recognition as what Mr. Bland called “a legitimate arts organization.”

However, The Volunteer Choir’s musical success did not provide him a living or bring in funding to cover operating costs. While the choir issued several recordings, none earned Kirk Franklin-style success.

After graduating from VSU, Mr. Bland worked in dinner theater in the Richmond area and at the Richmond Urban League.

After 1984, he worked full time as an executive assistant for a Washington law firm, and for five years he worked for the Discovery Channel as the channel sought to launch in England and elsewhere overseas.

He returned to Richmond in 2007 and worked for the Richmond Free Press in an administrative role for two years. He closed out his working career as an employee in the adult division of the Richmond Department of Justice Services.

He gave up directing The Volunteer Choir for two years while working in Washington, but by 1986, he was commuting back to Richmond after resuming his role as choir director.

By the early 1990s, the choir that was born at Second Baptist was no longer able to perform there and had to look for other venues. Before closing down in December 2018 in a grand finale performance, the choir mostly sang at St. Peter Baptist Church in Glen Allen.

Area commencements will be mix of in-person and virtual celebrations

Universities and colleges throughout the Richmond area have announced commencement plans designed to keep people safe while allowing for graduates ...

Hundreds of people gathered in Jackson Ward last Saturday for “Illuminating Legacies: Giles B. Jackson Day,” the kickoff of The ...

MINNEAPOLIS Black Americans and others from Missouri to Florida to Minnesota cheered, marched, hugged, waved signs and sang jubilantly in ...

Voice your opinion on police civilian review board

Have an opinion on Richmond’s plans for creating a civilian review board to provide oversight and hold hearings on complaints ...