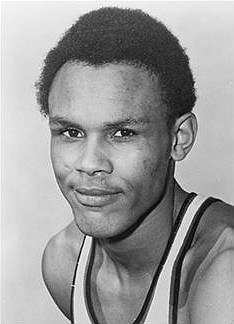 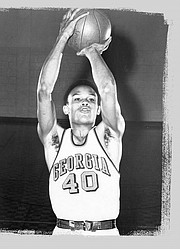 The guard-forward scored 46 points (hitting 20 of 23 field goals) in a December 1971 game against Louisiana State University in Athens, Ga.

He preceded his varsity career by averaging 19.1 points on the Georgia freshman squad in 1969-70. Freshmen were not eligible for varsity play then.

A native of Washington and graduate of McKinley Tech High School, Mr. Hogue was a seventh round NBA draft selection by the Washington Bullets.