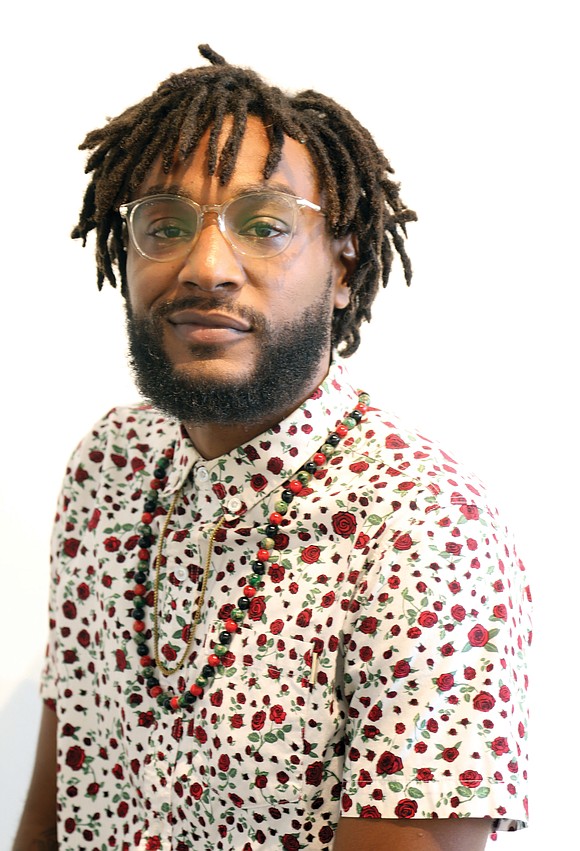 It’s a time of sweeping artistic development for the city of Richmond, with a wide variety of new pieces, programs and exhibits in various districts.

But not all of the city has seen equal creative attention, and Rā-Twoine Shameel “Rosetta” Fields has been working diligently this year to change that.

Across a span of several months, More Than Art: Inner City Mural Project has been collaborating with local artists to create and bring art to Richmond’s overlooked areas and residents.

Murals centered on themes like urban culture, family, rebirth and historical roots have gone up in the 900 block of Hull Street in South Side, at Mosby Street and Fairmount Avenue in the East End and are in progress on Mosby and Redd streets.

“The project brings art to the ‘hood’and not just the neighbor- hoods that are slowly or quickly being gentrified,” Mr. Fields says. “These are the places that are neglected and overlooked. These are the neighborhoods where we only hear stories sourced in negativity.”

While More Than Art officially began this year, Mr. Fields says he has been contemplating its creation since 2015, a year after he founded Crenius LLC, a creative collective that More Than Art comes under.

The Jersey City, N.J., native cites a life growing up in underserved communities as a major inspiration. He said he saw a clear disparity existed between the vandalized and ignored parts of these neighborhoods, and the business districts and downtown areas flush with attention from artists.

To add insult to injury, the art produced tended to draw from the cultures of the overlooked communities but was never “presented nor offered to the people and communities that create and foster the culture daily.”

It’s a dynamic Mr. Fields says he has seen in many other cities, including Richmond, and a gap that More Than Art seeks to fill.

“There was a gap between the who and what was seen as the ‘city of Richmond’,” says Mr. Fields, pointing to the lack of art among properties controlled by the Richmond Redevelopment and Housing Authority, their surrounding areas and Richmond’s South Side.

“The art was concentrated in several locations and these places never benefited,” he says. “We wanted to change that and we are.”

Alongside the 11 art pieces already painted throughout Richmond, More Than Art also provides these neighborhoods with mutual aid, from cleanups and community programming to special events and more.

More Than Art is seeking funds to continue its work, with plans underway for a collaboration with Community 50/50 for 15 youths to help with mural and mutual aid projects. Mr. Fields says the organization plans to build more relationships as well as apply for grant funding next year.

“We need art everywhere,” Mr. Fields says. “Everyone deserves to see something that will make them stop and think or simply gaze in amazement.”

Meet the leader of Richmond’s latest mural initiative and this week’s Personality, Rā-Twoine Shameel “Rosetta” Fields: No. 1 volunteer position: Founder and chief executive officer of Crenius LLC, which was founded in 2014. “More Than Art: Inner City Mural Project” is under Crenius and I function as the founder and program director of that project.

Where I live now: Richmond’s South Side.

Education: Bachelor’s in psychology, philosophy and creative writing from the University of Richmond; currently enrolled in Ph.D. clinical psychology program at Saybrook University.

More Than Art: Inner City Mural Project is: An ongoing mural project using art and mu- tual aid as vehicles for catalytic change in underserved and under- represented communities.

Inspiration for More Than Art: Growing up in these same neighbor- hood environments and recognizing that the only “art” that was observed was gang tags, memorial or “R.I.P.” tags, vandalized buildings and the like. I also began to recognize as certain art programming blossomed in my city that the locations chosen usually focused on business districts and Downtown areas. The culture was drawn upon—more leeched on—and represented, but never presented nor offered to the people and communities that create and foster the culture daily.

Story behind project name: “More Than Art” was formed through a recognized need in the city of Richmond and other cities. There was a gap between the who/what was seen as the “city of Richmond” and this was heavily observed through the lack of art in locations such as all Richmond Redevelopment and Housing Authority properties, their surrounding areas and the South Side of Richmond. The art was concentrated in several locations and these places never benefitted. We wanted to change that and we are.

What art is to me: Art is anything that is created by an individual as a form of freedom, becoming, being, rebellion, resilience and expression.

Why public art is vital for all communities: Public art is known to have several benefits: It improves overall aesthetics, increases environmental stewardship, increases investment potential, improves multiple factors of well-being, increases representation in the arts, provides access to fine art to the general public in various locations, allows children to have visual benefits as they develop, provides access to local and visiting artists to share their skills/ stories and more.

How More Than Art is funded: We are currently fundraising through GoFundMe and minor sponsorships. We are not funded by any major organizations or any grants. We plan to build more relationships and apply for grants in 2022.

How to request a More Than Art mural: Follow us on Insta- gram @morethan_art and email us at morethanartmuralproject@ gmail.com.

Ways the public can get involved: Sign up to volunteer. Donate through our GoFundMe page. Become a sponsor. Donate needed items such as outdoor paint, rollers, spray paint, etc.

Take on a leadership role in the project.

How I start the day: Pray. Drink a smoothie. Read. Play a chess game. Check email.

A perfect day for me is: Travelling to new locations and eating new food.

Something I love to do that most people would never imagine: Interior decorating.

Quote that I am inspired by: “The ultimate measure of a man is not where he stands in moments of comfort and convenience, but where he stands at times of challenge and controversy.” — Dr. Martin Luther King Jr.

My friends describe me as: Intelligent, driven, stubborn, passionate and caring.

At the top of my “to-do” list: Graduate from school with my Ph.D.

Best thing my parents ever taught me: Do what you love with love.

Person who influenced me the most: Dr. Givens, my freshman English teacher in college. He presented me to philosophy and how to really analyze and think about life and everything. This led me to psychology and it just continued.

Book that influenced me the most: “Post Traumatic Slave Syn- drome” by Dr. Joy DeGruy.

Next goal: We are aiming to raise enough funding and cre- ate partnerships to be able to pay artists for their services and complete murals in several RRHA properties and other underserved areas in Richmond and across Virginia.