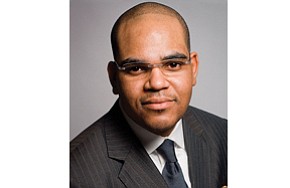 A new school is being launched a Virginia Union University to train students to be activists.

The launch of the School of Social Justice and Community Activism is among fresh options for students approved by the VUU Board of Trustees at their fall meeting just before Thanksgiving.

The board also cleared the way for VUU to start offering certificate and two-year programs to prepare people for technical and vocational careers.

The approvals came as VUU reported a fall enrollment of 1,781 undergraduate and graduate students, the best showing since the 2016 academic year when the school enrolled 1,817 students, according to the State Council of Higher Education.

Though still short of the 2015 record of 1,906 total students, the current enrollment represents a 17 percent increase from the fall 2020 count of 1,522 students that VUU reported to SCHEV.

VUU officials attributed much of the growth to increased enrollment in its graduate programs.

Buoyed by the rebound in student numbers, the VUU board also approved the plan by President Hakim J. Lucas to add the new social justice school to build on the energy and reforms in the wake of the Minneapolis Police murder of George Floyd in May 2020 and other slayings of Black individuals.

In the announcement, VUU did not release any further details about the school or the courses and degrees it would offer.

The board also approved the previously announced creation of a new School of Gospel and Sacred Music that will house the Hezekiah Walker Center for Gospel Music.

The approval came as Bishop Walker, a Grammy Award-winning gospel artist and pastor of two churches in New York and Pennsylvania, prepared to lead the center’s first virtual master class on Dec. 4.

Known as the “hip-hop pastor,” Bishop Walker teamed with VUU to create the center in June while studying for his master’s of divinity degree at VUU’s Samuel DeWitt Proctor School of Theology.

According to VUU, the center will offer programs and courses in songwriting and production and the historical aspects of gospel music through the VUU’s Fine Arts Department.

Along with the two new schools, VUU’s board also approved creation of the workforce development and technical training initiative to enable people to earn a two-year associate degree and/or certification in various vocational fields, with the option of continuing study for a four-year degree.

Dr. Lucas stated that the initiative would enable VUU to address the increased interest “in two-year programs and skills training” that are less costly for families and enable students to enter the workforce more quickly.

The board also accepted a $1 million grant from Altria Group that will be used to support programs in science, technology, engineering and math, VUU stated.

The school noted the gift reflected an increase in annual fundraising, which has averaged $8.3 million a year since 2016, or nearly triple the average funds raised annually in the previous 15 years.