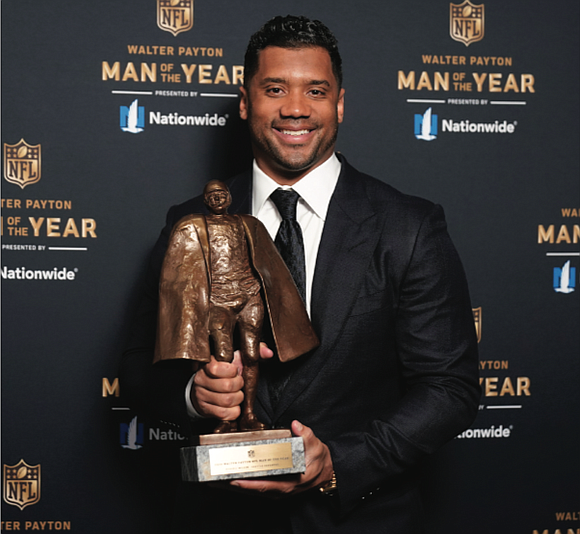 The Walter Payton NFL Man of the Year Award recognizes a player’s excellence on and off the field.

No one this year filled that bill better than former Richmonder Russell Wilson, who has been the Seattle Seahawks’ quarterback since 2012. Not only has he led the Seahawks to two Super Bowls and eight playoff appearances in nine seasons, he has devoted much of his time and resources to helping others in the community.

Wilson was presented the Payton trophy Feb. 6 at the NFL’s awards banquet. 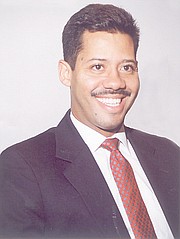 In his acceptance speech, Wilson paid tribute to his father, Richmond attorney Harrison B. Wilson III, who died at age 55 of complications from diabetes in 2010. Russell was a junior at North Carolina State University at the time.

“Dad, I know one of your favorite athletes of all time was Walter Payton, the player he was, but more important, the man he was — the leader, the giver, the person,” Wilson said.

“Man, Dad, I wish you were here for this award, this moment. Dad, I can remember you telling me in the car one day, ‘Son, love changes things.’

“Well, Dad, you were right. I wish you were here to tell the world that in the toughest of times; 2020 was the most difficult time in history.”

He talked losing sports icon Kobe Bryant and movie star Chadwick Boseman during the past year, along with “witnessing losing George Floyd right in front of our eyes,” the deaths of Ahmaud Arbery who was jogging in Georgia and shot to death by white men and Breonna Taylor at the hands of police in Louisville, Ky., and the deaths of “so many in this monster pandemic called COVID-19.”

“We’ve lost so many things,” he said. “But, Dad, I wish you were here, here to tell the world that love changes things.”

Wilson then talked about love that shines through individuals and volunteers whose actions have done much to help others. The 32-year-old quarterback has been involved in a variety of off-the-field charitable and community activities, including visiting with young patients at Seattle Children’s Hospital every Tuesday since entering the NFL in 2012.

He also has donated more than $9 million since 2014 to Strong Against Cancer to fund life-saving treatment.

As COVID-19 struck, Wilson and wife, Ciara, also embarked on several COVID-19 pandemic-relief endeavors. They donated more than 1 million meals to families in need at the start of the pandemic last year. Their partnership with an aviation company, Wheels Up, also resulted in more than 47 million meals for Feeding America, the national hunger relief agency.

In April, Wilson’s Why Not You Foundation worked with United Way, the Rockefeller Foundation and Door Dash to expand Ride United that provides food and critical supplies to vulnerable families.

On the social justice front, the couple also paid for the placement of billboards around the country stating “Black Lives Matter, Love Russell and Ciara” and mounted a voter registration campaign to stress the importance of voting to promote positive change.

In his acceptance speech, he said his Why Not You Foundation will continue its work to help others.

Wilson, a Collegiate Schools alumnus, was brilliant as usual on the field this season, passing for 4,212 yards and 40 touchdowns and leading the Seahawks to the NFL playoffs.

As the winner of the distinguished Payton Award, the NFL is giving Wilson $250,000 to donate to the charity of his choice.

Each of the NFL’s 32 teams sponsored one candidate for the award. All the other finalists receive $40,000 for charity work.

Wilson is the second Seattle player to win the award, following Steve Largent in 1988.

The NFL Man of the Year award began in 1970, with Walter Payton’s name added following his death in 1977.