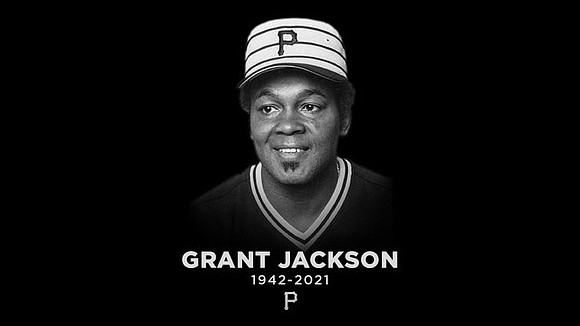 Mr. Jackson was 2-0 in the 1979 World Series and got the win in relief in Game Seven against the host Baltimore Orioles.

The Pirates’ disco theme song throughout the season was “We Are Family” by Sister Sledge. The 1979 squad also was among the most diverse World Series champs.

The 1979 Pirates also stood out for their non-traditional pillbox caps.

Mr. Jackson played in three World Series — 1971 with the Baltimore Orioles, 1976 with the New York Yankees and 1979 with Pittsburgh.

The southpaw pitched in 692 big-league games before retiring in 1982 as a Pirates relief hurler.