It’s not over yet

Just days after the U.S. Senate acquits former President Trump, Congressman Bennie Thompson of Mississippi files a lawsuit to hold him responsible for inciting insurrection at the U.S. Capitol 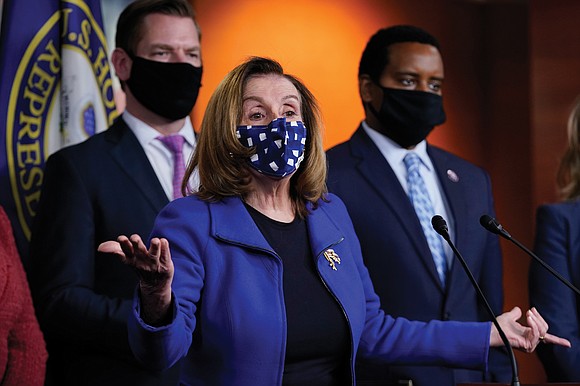 WASHINGTON - One thing is for certain, there was no surprise.

As anticipated, former President Trump was acquitted in the U.S. Senate of a charge of inciting a gang of partisans to attack the U.S. Capitol on Jan. 6 in a bid to prevent congressional certification of his successor, President Biden.

The final 57-43 vote put a majority on record for conviction, including a surprising seven Republicans who joined the 50 Democrats. But that still fell 10 votes short of the required two-thirds needed to convict the former president.

The Senate’s failure to attain the 67 votes to convict now appears to be just the opening chapter of an ongoing saga to hold Mr. Trump accountable for widely spreading lies that he was cheated out of re-election and unleashing the largest attack on the U.S. Capitol since the War of 1812, when British raiders seized this American symbol of democracy and set it ablaze. 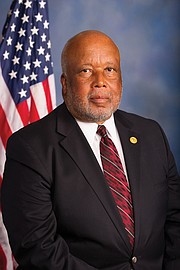 On Tuesday, U.S. Rep. Bennie Thompson of Mississippi began writing a second chapter, though whether he will have more success remains to be seen.

In a move that was unexpected, the Congressional Black Caucus member filed a federal civil suit charging that Mr. Trump conspired to foment the Capitol’s invasion in violation of the 1871 Ku Klux Klan Act. That act provided the government authority to protect Black voters from being intimidated, harassed and killed for exercising their newly acquired right to vote.

The law also bans interference with elected or appointed officials in carrying their duties and provides for civil lawsuits against perpetrators.

The suit, which the NAACP and a civil rights law firm filed on Rep. Thompson’s behalf, also names as co-conspirators Rudy Giuliani, Mr. Trump’s attorney at the time, and two Trump-supporting extremist groups, the Proud Boys and the Oath Keepers. The suit alleges they worked with Mr. Trump to set the attack in motion to block congressional certification of the Electoral College votes.

“Jan. 6 was one of the most shameful days in our country’s history, and it was instigated by the president himself,” Congressman Thompson stated in a release announcing the suit. “His gleeful support of violent white supremacists led to a breach of the Capitol that put my life, and that of my colleagues, in grave danger. It is by the slimmest of luck that the outcome was not deadlier.”

Reports indicate that at least seven people died as a result of the invasion, including a U.S. Capitol police officer who, according to some reports, may have succumbed to a stroke after leaving the grounds rather than from being hit in the head with a fire extinguisher by the terrorists.

Another chapter could be written in Atlanta where the only known criminal investigation of Mr. Trump in regards to the election is taking place. There, the district attorney for Fulton County is seeking to determine if the ex-president, while in office, sought to interfere with Georgia election officials during the count, recount and certification of President Biden’s victory.

House Speaker Nancy Pelosi, who called out as “cowards” the 43 Senate Republicans who refused to convict and keep Mr. Trump from ever again holding public office, is seeking to add multiple chapters.

She announced she is establishing a 9/11-style commission to delve deeply into the events of that day as well as the part the former president played.

Others who could add chapters to the saga are the U.S. Justice Department lawyers and U.S. attorneys who are engaged in prosecuting at least 200 people who have been arrested and are facing charges as a result of their participation.

These activities ensure that aftershocks from the attack – a scenario that appears to have been taken straight out of a dictator’s training manual – will continue for some time.

In the Senate, the attempt to convict a president who had left office fell flat with Republican Minority Leader Mitch McConnell of Kentucky. He led the 42 other Republican senators who voted to acquit in claiming that the trial did not meet constitutional standards.

However, he hinted he would have voted to convict if Mr. Trump had won re-election.

“The Senate’s decision today does not condone anything that happened on or before that terrible day,” Sen. McConnell said in remarks from the floor. “It simply shows that senators did what the former president failed to do: We put our constitutional duty first.”

Sen. McConnell blamed the president for the attack, saying supporters acted after being “fed wild falsehoods by the most powerful man on Earth, because he was angry he lost an election.”

“There’s no question — none — that President Trump is practically and morally responsible for provoking the events of the day,” Sen. McConnell said. “No question about it.”

“This body is not invited to act as the nation’s overarching moral tribunal,” Sen. McConnell continued. “We’re not free to work backward from whether the accused party might personally deserve some kind of punishment.”

Mr. Trump, himself, has been exultant. The only president to be impeached twice by the House and acquitted twice, Mr. Trump said that the trial was just “another phase of the greatest witch hunt in the history of our Country.”

For those paying the price in the form of criminal charges, Mr. Trump is responsible for their plight.

“If this was a conspiracy, Mr. Trump was the leader,” said Jonathan Zucker, lawyer for Dominic Pezzola, a member of the far-right Proud Boys white supremacist group, who has been charged with obstructing police officers guarding the Capitol. “He was the one calling the shots.”

Another individual facing charges is Jessica M. Watkins of the Oath Keepers militia group. She said that she went to Washington because she believed Mr. Trump had asked her and others in the group to take action that would aid him to stay in office.

That kind of evidence could aid Rep. Thompson in making his case that Mr. Trump violated the law and should be held accountable.