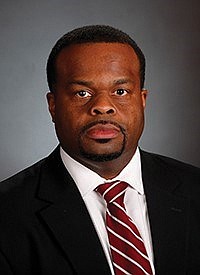 Huff, 37, was named Jan. 17 to succeed Doc Holliday at the university in Huntington, W.Va. Holliday posted an 85-54 record over 11 seasons.

For the past two seasons, Huff served as an associate head coach and running backs coach at the University of Alabama, the current national college football champion.

Huff previously served as a college assistant with Penn State, Vanderbilt, Western Michigan, Maryland and Hampton and with the NFL’s Buffalo Bills.

A native of Maryland, Huff played primarily as a lineman for the Hampton University Pirates from 2002 to 2005 and was team captain during his senior year.