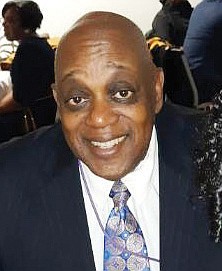 The Community Church of God in Christ is once again being recognized by the city as an active, functioning church, according to 2nd District City Councilwoman Katherine Jordan.

In an email Monday to the Free Press, Ms. Jordan stated that the city Assessor of Real Estate’s Office had confirmed that the church’s tax-exempt status has been restored on the sanctuary it has occupied for 45 years at 1801 Park Ave.

As a result, the church no longer faces a property tax bill of $46,128 that the city Department of Finance issued after the Assessor’s Office revoked that status on June 6 on a claim the building had been vacant for three years.

The church has been in operation for 112 years,

However, he said he still has not received any confirmation, notice or information from the city assessor, Richie N. McKeithen, or Deputy Assessor Melvin Bloomfield.

Steve Skinner, a spokesman for Richmond City Council, which appoints the assessor, sent a separate email Monday to the Free Press also stating that the church is once again tax-exempt.

“Our understanding is that the entity that owned the real estate/building had not responded to or returned the real estate review forms that were sent to them last year by the Richmond Office of the Assessor of Real Estate regarding nonprofit/church use exemption verification, which had been in question for the past three years,” Mr. Skinner wrote.

Mr. Skinner stated the issue was resolved after the church “contacted, spoke with, followed up and submitted the information to the Assessor’s Office.”

Mr. McKeithen and Mr. Bloomfield were not available for comment.

Dr. Wright remains puzzled that anyone would suggest that Community Church had ceased operations or that the church needed to justify itself to city officials, given that the state and federal constitutions support freedom of worship and essentially bar taxation of sanctuaries and other places of worship.

“Our church was born in 1909 and has been a center of faith ever since,” Dr. Wright said. “That includes the past three years.

“We were open during the pandemic and held nightly revivals for 157 days,” Dr. Wright continued. “What evidence would the assessor have relied on to even question the church’s existence? I have not been told. It appears the assessor did it on a whim.

“This tax situation created enormous and unnecessary stress for me and the congregation that we did not deserve, all because someone in a city office decided to take an action without doing any investigation. It is shameful. If it is truly over for us, I can only hope that no other faith community has to go through this kind of experience.”