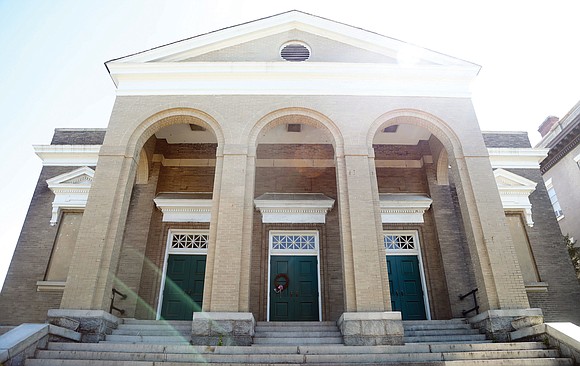 Community Church of God in Christ has occupied its current sanctuary at 1801 Park Ave. since 1976. Photo by Regina H. Boone

A Richmond church that has been in operation for 112 years has been hit with a surprise $46,128 property tax bill from City Hall after its tax-exempt status was revoked.

According to documents provided to the Free Press, city real estate Assessor Richie N. McKeithen changed the status of the Community Church of God in Christ sanctuary in The Fan to taxable after ruling that the building at 1801 Park Ave. had not been used for three years and no longer qualified for the religious exemption.

“That is news to me,” said Dr. David N. Wright Sr., who has been pastor of the historic church for 37 years and has led the largely Black congregation’s Sunday and weekday services and other programming and managed the church’s affairs. 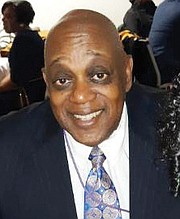 “This church has remained in continuous operation since it was founded. We were even open during the pandemic. Our building was a gathering place for those involved in the racial justice protests,” said Dr. Wright.

He said he is deeply concerned that the assessor took the action without any apparent investigation.

The church, he said, is prepared to fight the tax bill if need be, but he hopes that city officials will “come to their senses and restore the tax exemption for which our church fully qualifies.”

Neither Mr. McKeithen nor his deputy, Melvin Bloomfield, who notified the church about the loss of its tax status in a June 6 letter, could immediately be reached for comment.

Dr. Wright said Mr. Bloomfield later told him that the revocation of the church’s exemption was based on a complaint from a neighboring property owner, whom Dr. Wright considers hostile to the church.

The pastor said the complaint may have stemmed from a for sale sign that currently sits in front of the building.

“We were just exploring our options,” Dr. Wright said.

The city values the property at $3.8 million.

Dr. Wright said the church received offers for far less and is no longer interested in selling. But he said none of that is relevant to determining “whether the church continued to operate at the location. We did. The sale sign has nothing to do with whether worship has been going on. It’s nonsense to think otherwise.”

He said Mr. McKeithen or Mr. Bloomfield could have checked.

Dr. Wright said he never received any information prior to June 6 that the church’s tax-exempt status was at risk.

According to the church’s history, Community was the first Richmond affiliate of the Church of God in Christ denomination when it was founded in 1909.

Before moving to its current location 45 years ago, the church spent nearly four decades in the Randolph community in the near West End and 25 years in the Fulton community.

Dr. Wright said Community Church of God in Christ is the mother of virtually all of the COGIC churches in the Richmond area.

“In the past century, at least 40 churches have been started by former members, including 18 that have been founded during my tenure,” he said. “We shouldn’t have to justify our existence.”