Virginia schools out of the running 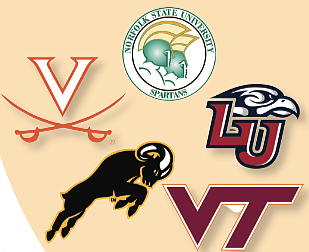 If an analyst were to grade the state of Virginia on the NCAA Basketball Tournament, it wouldn’t be much higher than a “D.”

The Commonwealth was successful in getting five teams into the Big Dance, but the teams were mostly unsuccessful upon arrival in Indiana.

Virginia Tech lost to Florida 75-70 in overtime last Friday in the first round.

Liberty University lost to Oklahoma State 69-60 last Friday, also in the first round.

The University of Virginia lost to Ohio University 62-58 last Saturday in the first round.

And Virginia Commonwealth University was eliminated last Saturday due to positive COVID-19 tests. The Rams never took the court against Oregon, which advanced unopposed.