Wanda Gill gives back to alma mater with $10,000 gift to VUU Alumni Association 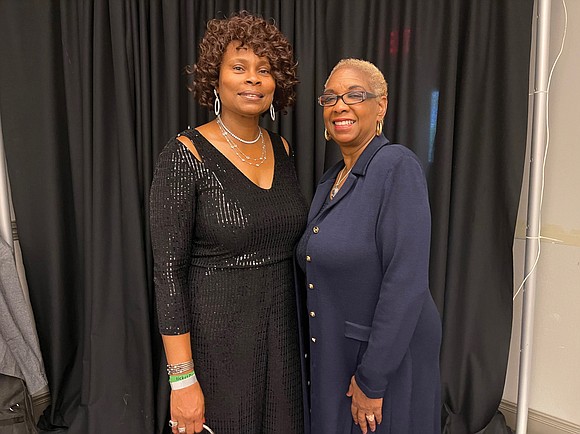 Virginia Union University alumna Wanda E. Gill, left, and An’Jou White, president of the VUU National Alumni Association, pause for a photo at a homecoming event earlier this month. Courtesy of the VUUNAA

Homecoming is always a big time for alumni to get together, have fun, reminisce and support their alma mater.

But the Virginia Union University National Alumni Association wasn’t prepared for the donation presented by Wanda E. Gill, Class of 1987, at the Alumni Awards Breakfast Oct. 8 at the VUU Living and Learning Center.

Mrs. Gill surprised the association with a $10,000 check in memory of her late husband, Charles A. Gill Sr., who died in August at age 63.

Mr. Gill became an instant millionaire just before Christmas 1993 when he won half of a $90 million Powerball jackpot. He used his winnings to help better the Richmond community, including building the Charles and Wanda Gill Community Center in the East End to give youngsters living in the Fairfield Court public housing community where Mr. Gill grew up an indoor recreation center.

He also regularly contributed to youth-serving charities, built a dream home for his family in Powhatan County, started a limousine company and became owner of the Richmond Rhythm, a professional International Basketball League team.

While the limo company and the sports league no longer exist, the Gill family generosity goes on. Mrs. Gill’s donation will be earmarked to help students in financial need with housing, officials said.

“I was overwhelmed with the generosity of Mrs. Gill and thankful for the honor of the donation,” An’Jou White, president of the VUUNAA, told the Free Press this week about Mrs. Gill’s amazing gift and kindness.

Ms. White said, too, that it was the first donation during her first 100 days in office.

She said she will be conferring with Mrs. Gill on criteria to be used for the student housing scholarships. The target date is to start providing assistance to students in the spring.

Ms. White said that Ms. Gill is still mourning her husband and did not want to talk directly to the media.