Who is Coach Bailey rooting for? 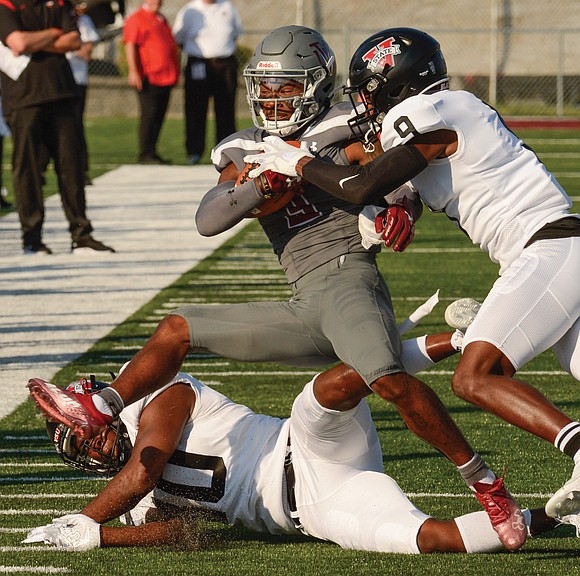 Kickoff at Willie Lanier Field at Hovey Stadium is set for 5 p.m. The game will serve as the Willard Bailey Classic.

A pick-me-up is in order on Lombardy Street.

Coach Alvin Parker’s Panthers fell to 0-2 with a 51-7 loss last Saturday to NCAA Divi- sion II juggernaut Valdosta State University of Georgia before a crowd of 5,019.

It was the inaugural game on Lanier Field, which is named for NFL Hall of Famer Willie Lanier, after the 2020 season was canceled.

VUU’s defense has taken a beating. The Panthers allowed 611 yards in their opening 42-28 loss at Hampton University on Sept. 4 and yielded another 569 yards against Valdosta State.

VUU trailed 27-0 at halftime and was down 37-0 after three quarters against the Blazers.

Byers produced the lone touchdown on a 4-yard, fourth-quarter run.

On the downside, star wideout Charles Hall, who had six catches for 183 yards against Hampton, was held to no receptions against the Georgians.

Preseason All-America kicker Jefferson Souza missed a 27-yard field goal that would have provided the Panthers with an early lead.

Quarterback Khalid Morris was 10 for 24 passing for 97 yards, with one interception. He was sacked twice.

Jaiden Reavis from Highland Springs High School had three caches for 69 yards, including a 46-yarder.

On defense, Bryan Epps, also from Highland Springs High, had an interception.

The Dragons of Virginia University of Lynchburg figure to serve as a “get well” rem- edy for VUU.

VUL lost its opener 54-0 at University of Virginia-Wise and fell to 0-2 last week with a 50-14 setback at Mars Hill University of North Carolina.

Founded in 1886, VUL was formerly known as Virginia Seminary and is a member of the National Christian College Athletic Association. The privately funded HBCU was a member of the CIAA from 1921 until 1954.

It’s purely coincidental that the Willard Bailey Classic will pit VUU against VUL.

VUL’s football program was revived in 2011 by the same Willard Bailey who posted an 8-19 Dragons’ record in three seasons.

Don’t be surprised if the Willard Bailey Classic triggers a VUU winning streak. The Panthers’ upcoming games against VUL and Johnson C. Smith, Shaw, Lincoln and Chowan universities are much more winnable than were the first two.