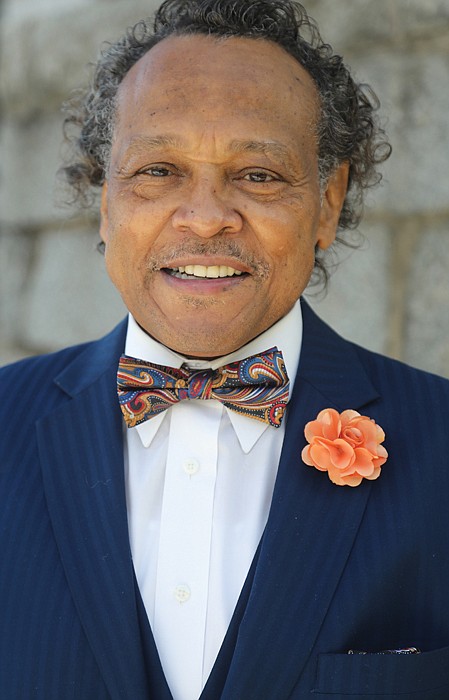 In a time of adjustment and reinvention for communities as a whole, Lester Frye is working to guide both toward a better future.

As president of the Baptist Ministers’ Conference of Richmond and Vicinity, Dr. Frye’s newest role culminates nearly a decade of work with the organization. And while the position brings its own challenges and responsibilities, he is ready to lead its efforts in “kingdom building, justice and equality for all God’s people,” he says.

“All of my life I have always been a leader pushing against the odds,” says Dr. Frye when asked why he accepted the role.

Dr. Frye, the oldest of six children, grew up in public housing in Braddock, Pa. near Pittsburgh. His background helped him develop the leadership qualities he uses when working with the ministers’ conference and in other aspects of his life.

From playing point guard on his high school basketball team to helping athletes who struggled, Dr. Frye eventually built and honed a competitive, analytical and appreciative approach to leadership.

Although Richmond initially was a bit of a challenge for Dr. Frye when he arrived in the city, he soon found his grounding in the church. He served with the Seventh Street Memorial Baptist Church for 16 years before founding the Healing and Living Waters Ministry in 2004, which eventually led him to BMCRV, where he put his skills to work in service of its mission.

“(I’ve) been exhibiting these leadership qualities all my life,” Dr. Frye says. “I want to continue to build on some of the things that we needed to do.

“I’m real honored to be president at this point, and stay on top of issues, and do what we need to do to bring righteousness and justice to all people.”

Installed as the Baptist Ministers’ incoming president in August, Dr. Frye seeks to empower marginalized communities in areas of housing, education and employment. This goal has him balancing numerous responsibilities and initiatives inside and outside the organization, including his work with Today’s Black Agenda, where he serves as a founding member, and the new Black Coalition of Change group, formed in the wake of social justice activism since 2020.

This work is not without its challenges. Through it all, however, Dr. Frye firmly believes that his faith ultimately will render him success.

“God has really brought me from a mighty long way,” Dr. Frye says, “and I’ve been able to keep that leadership quality and lead people on every avenue.”

Meet a leader in Richmond’s religious and community spaces and the week’s Personality, Lester D. Frye:

Volunteer position: President of the Baptist Ministers’ Conference of Richmond and Vicinity.

Date and place of birth: April 7 in Pittsburgh.

Baptist Ministers’ Conference of Richmond and Vicinity (BMCRV) is: A theological legacy of faith, spiritual growth, community involvement, and leadership. It is an august body of laborers for Jesus Christ. Our fellowship is spiritually enriching as we endeavor to equip, inform, encourage and empower one another to do the will and work of the Lord!!! A significant part of BMCRV’s primary effort is to advocate and speak up about critical issues politically without being partisan, not in support of any politician or political party. BMCRV’s mission — just like Jesus’— is to advocate for those in need and the downtrodden in our society.

When and why founded: The organization was founded in 1929 for preaches and pastors to fellowship, stay informed of current events that affect our communities, and continue to fight for justice, equality and human rights, while sharing ideas, visions and prophecies for the uplifting and building of the spiritual kingdom of God through our congregations.

Why I accepted the role as president: All of my life I have always been a leader pushing against the odds. And through life’s experiences, (including) victories and defeats, God has prepared me for such a time as this to lead this prestigious, unapologetic, committed and unwavering body of Christ baptized believers in kingdom- building, justice and equality for all God’s people.

Length of term: Two years with an option of a third year but approval each year from our membership.

Number one goal: To empower the disenfranchised, marginalized and oppressed people of God to spiritually grow and mature in this fight for life. Organize and promote togetherness to have a united voice in order to achieve fair educational, housing, employment and generational wealth opportunities.

Strategy for achieving goals: Promoting togetherness, eradicating racism and working together for the common goal of equality and justice.

Role of the church in 2022: To promote and create disciples for kingdom-building. To repair, resuscitate and regenerate the family structure caring for our children spiritually and educationally. To help facilitate the empowerment of all people, to live and practice the way of Jesus Christ for righteous living and prosperity.

How churches have changed: Over these last three years through this pandemic, the church has had to reinvent itself. With the loss of a wealth of knowledge with the passing of so many of our senior citizens, it has been hard to pass on the values handed down through generations. The inability to fellowship in our churches has brought on a dynamic of depression and stress that once was relieved through worship and fellowship of the saints. New ways of worshipping through Zoom and telecommunication are the norm but the personal choice has been lost. Giving to the church has slowed down, causing some houses of worship to lose ministries that were valuable and viable. But through it all, God’s word has never changed and the future is beginning to evolve into what God has intended it to be. The church just needs to hold on. Help is on the way.

Role of church and addressing crime: To continue to preach and teach the concepts of the Bible, its laws and commandment for daily living.

Role of church and addressing racism: Work on eradication of this decease that has created a divide in people both Black and white.

Role of church and LGBTQ+ community: To encourage and promote self-expression of one’s self while also teach- ing and modeling the word of God.

A perfect day for me: Reading my Bible, praying, exercising and thoughtful mediation. Also watching my favorite team or person play and win in the sporting arena.

Something about me that people may not know: How aggressive I have pursued my passions in life always pushing, sacrificing and committing to endure through it all to the end. Love to win, love to win in any endeavor whether it is sports, love and life.

A quote that inspires me: “To be or not to be, that is the question.”

My friends describe me as:

The best thing my parents ever taught me: Be the best you can be at everything you set your hands to do.

The person who influenced me the most: My high school basketball coach.

Book that influenced me the most: “Plug In: The Key to Building and Maintaining a Successful Ministry,” by Daniel Robertson Jr.

What I’m reading now: “An Old Story for This New Day and other Sermons and Addresses,” by Rev. Dr. William Lee Ransome

Next goal: Complete my autobiography and continue to fight the good fight of the gospel through preaching and teaching.