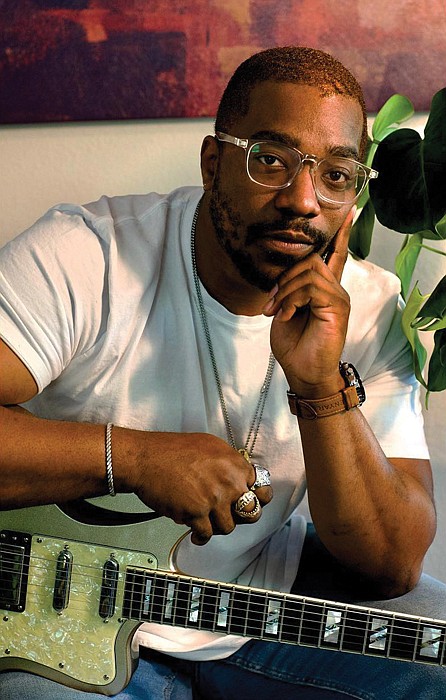 Tre. Charles considers music as an emotional outlet — almost a cathartic release. His recently released debut single “Stressin” evokes the isolation many have felt during the COVID-19 pandemic, and the album he is working on has male vulnerability, especially Black male vulnerability, as one of its themes.

Mr. Charles has been busy in Richmond’s Spacebomb Studios recording tracks for his album, but this weekend he will hit the pause button to perform at the RVA East End festival.

After a two-year hiatus, the festival returns Saturday, Sept. 24, with hopes of raising $100,000 to support music, visual arts and performing arts programs for Richmond Public Schools.

“I’m very excited to perform at the festival,” Mr. Charles said in a recent telephone interview. “I think it will be a good time. There will be a lot of great performers and it’s for a good cause.”

Originally from Syracuse, N.Y., Mr. Charles says he grew up all along the East Coast. His family moved often for his father’s work as a civil engineer on projects that included power plants owned by Duke and Dominion Energy. Although he’s now based in Durham, N.C., Mr. Charles regularly returns to Richmond to perform and visit his sister so much so that Richmond feels like home, he said.

What he calls his “nomadic upbringing,” comes out in his musical style, drawing from the influences of gospel and contemporary Christian music, as well as Neo-soul artists like D’Angelo and Lauryn Hill. Having lived in California and Florida exposed him to the indie rock scene, and Mr. Charles says his current playlist includes several UK artists and old school jazz and blues.

“I’ve been listening to people like [John] Coltrane and Miles [Davis], as well as artists like Muddy Waters, Little Walter, Howlin’ Wolf — really all of the Chess Records artists.”

While Mr. Charles says his family includes a lot of “music appreciators,” he is the first to make performing his profession.

“I jumped into music at the beginning of the pandemic. Maybe it wasn’t the greatest time, but I think it’s been an interesting time.

“Being at home during the pandemic led to a lot of self-reflection, introspection and deep conversations with my girlfriend about the state of the world,” Mr. Charles explained. “It also helped me to really figure out what kind of an artist I want to be and what I want to say.”

One of the things he wants to express is what Mr. Charles calls his mantra, or slogan — “feel your feels.” It’s a reminder that mental and emotional well-being is just as important as physical wellness.

Besides recording, Mr. Charles recently performed at the Carolina Jubilee in Harmony, N.C., and the NXNE Festival in Toronto Canada. He has also received his first endorsement from D’Angelico Guitars, and mentions a possible London tour. While he naturally wants to take his career as far as possible, it’s also important to him to remain present as an artist, he said.

“I just want to keep sharing my music and hope that it resonates.”

To learn more about Tre. Charles and his music, visit https://www.trecharles.com/

Other performers will include:

• Musicians from the Richmond Symphony