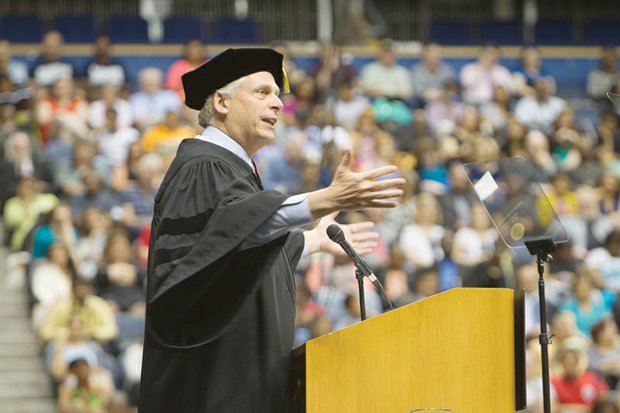 Gov. Terry McAuliffe applauds the innovative and entrepreneurial spirit among Virginia Commonwealth University students. More than half intend to start a business one day, while 15 percent are doing so as students.

Gov. Terry McAuliffe delivered a three-pronged recipe for success to the more than 5,000 graduates at Virginia Commonwealth University’s commencement Saturday at the Richmond Coliseum. “Think big. Always take chances and never be afraid to fail,” the governor said in his address. He cited his failed attempt to win the Virginia governorship in 2009 as an example. “I said (to the voters), ‘If you don’t like my big ideas, don’t vote for me,’ ’’ he recalled. “And you didn’t,” he said to laughter and applause.