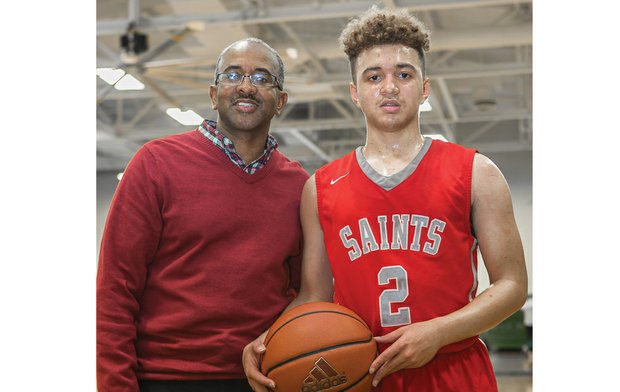 Eric Thompson Sr. has left his son, Eric Jr., with a tough act to follow on the basketball court. The elder Thompson was on two State Group AAA championship teams at Marshall-Walker High School, and on two CIAA championship teams for Virginia Union University. Eric Sr. was all about defense and ball handling and still holds several records for assists for the state high school and CIAA tournaments.