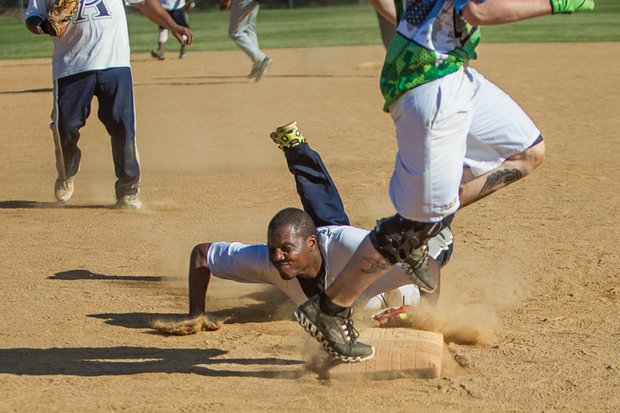 Kevin Rather of the Richmond-based Cooke’s-Allen softball team slides to tag the bag to get a runner out during last Saturday’s game against BTA at the SoftballNation N.I.T. Beast of the East tournament.

The Cooke’s-Allen softball team, long known as Cooke’s Lawn Service, has been mowing down its softball competitors for decades.