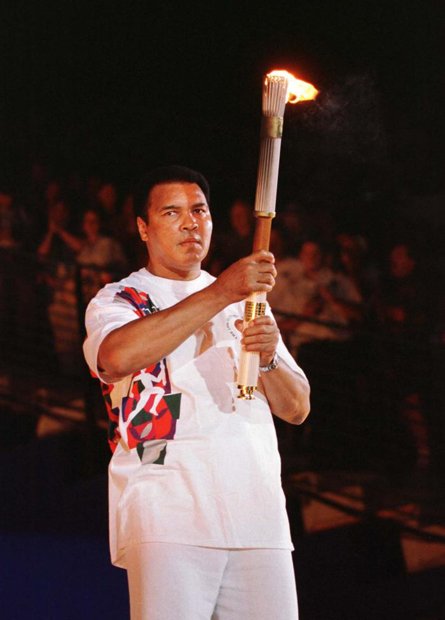 Muhammad Ali holds the Olympic torch as he prepares to light the flame and open the 1996 games in Atlanta.

More than 62 years ago, an anonymous bicycle thief in Louisville, Ky., unknowingly set in motion the amazing career of a boxing legend and remarkable world figure who would live up to his self-billing as “The Greatest.”