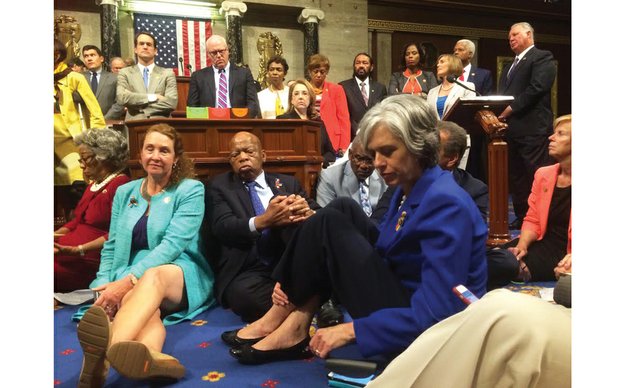 Rep. Katherine Clark of Massachusetts tweeted a photo from the floor of the U.S. House of Representatives on Wednesday showing the sit-in demanding common sense gun control legislation to keep suspected terrorists from buying guns and tightening background checks. Sitting on the floor in the center is Rep. John Lewis of Georgia, who led the historic action.

Democratic lawmakers, using 1960s tactics to press their point, staged an surprise sit-in on the floor of the U.S. House of Representatives on Wednesday, demanding the chamber remain in session until the Republican leadership agrees to a vote on gun control legislation.