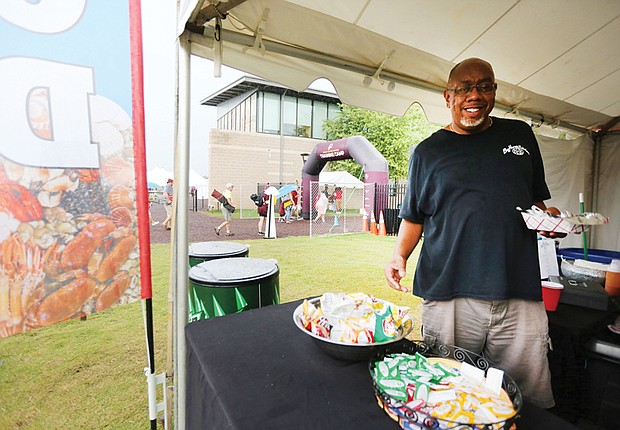 Richmond businessman Herman Baskerville, owner of Big Herm’s Kitchen on 2nd Street in Jackson Ward, again is on hand, offering a tasty Richmond welcome to NFL fans as they gather for the Washington team’s training days at the Bon Secours facility on West Leigh Street.