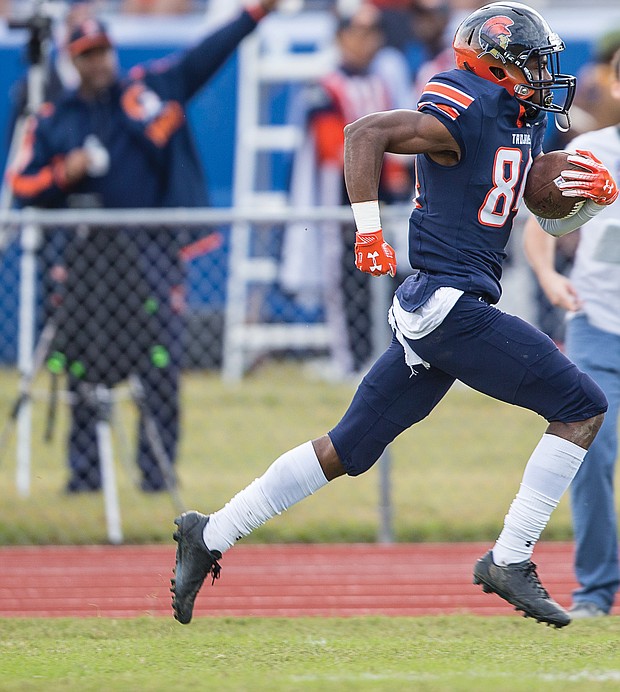 Virginia State University freshman Jemourri La Pierre goes in for a touchdown — one of three he is credited with — during last Saturday’s homecoming game against Lincoln University at Rogers Stadium in Ettrick.