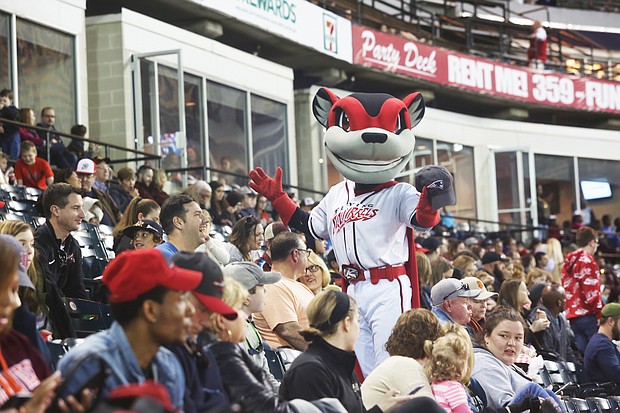 The Richmond Flying Squirrels mascot, Nutzy, works the crowd during last Saturday’s doubleheader at The Diamond. The Flying Squirrels opened the season last Thursday with a sold out crowd of 9,845 fans. Last Friday’s game was canceled because of the weather, resulting in the doubleheader on Saturday.

The speed limit on Arthur Ashe Boulevard, formerly known as The Boulevard, varies between 25 mph and 35 mph. But at The Diamond, located on the thoroughfare, there is no speed limit.