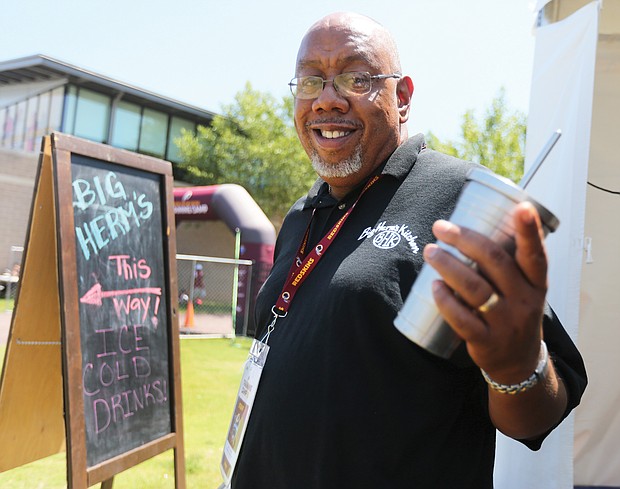 Herman Baskerville, owner of Big Herm’s Kitchen, shows the sign that points hungry and thirsty fans to his food concession at the Washington NFL team training camp in Richmond, where for the third consecutive year, he is the sole African-American vendor.

As football players gather in Richmond this month to test their stuff and compete for a role on the Washington NFL team before thousands of fans, some of Richmond’s small business enterprises are showcasing their best sides, too.