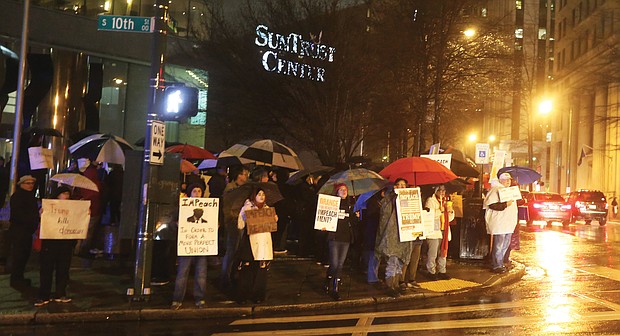 More than 100 people call for the impeachment of President Trump during a rally Tuesday evening at 10th and Main streets in Downtown outside the Richmond office of U.S. Sen. Tim Kaine. The rally was among 600 demonstrations held across the country under the banner “No one is above the law.”

“Can you believe that I will be impeached today,” President Trump tweeted Wednesday as part of an angry rant that ripped his foes for this “terrible thing.”