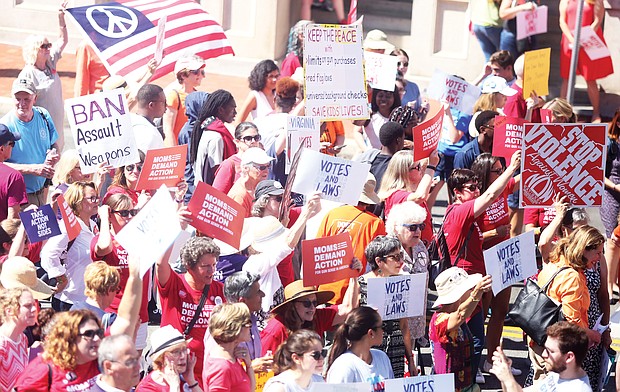 Passionate gun control supporters rally at the Bank Street entrance to the State Capitol Tuesday, but ended up disappointed after the General Assembly halted any consideration of the measures until Nov. 18. Left, two gun rights advocates brought their weapons to the rally. Virginia is an “open carry” state, meaning it is lawful to openly carry a firearm.