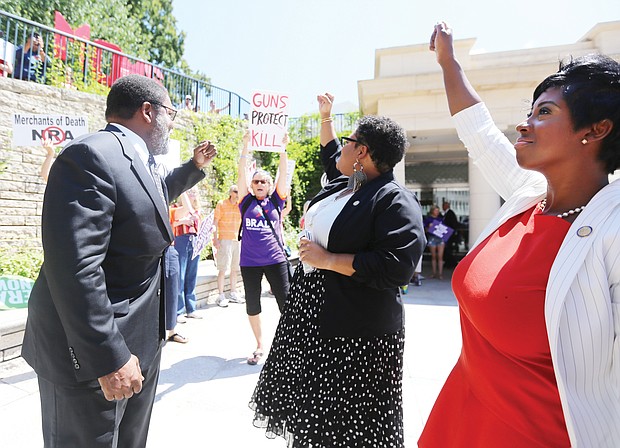 Above left, wearing orange stickers that read, “Guns SAVE Lives,” gun advocates line up to enter the public galleries in the Capitol before Tuesday’s special session. Right, three members of the Legislative Black Caucus give a power salute showing solidarity with gun control advocates Tuesday on their way to a special session of the General Assembly. From left, they are Delegates Joseph C. “Joe” Lindsey of Norfolk, Marcia S. “Cia” Price of Newport News and Lashrecse D. Aird of Petersburg.