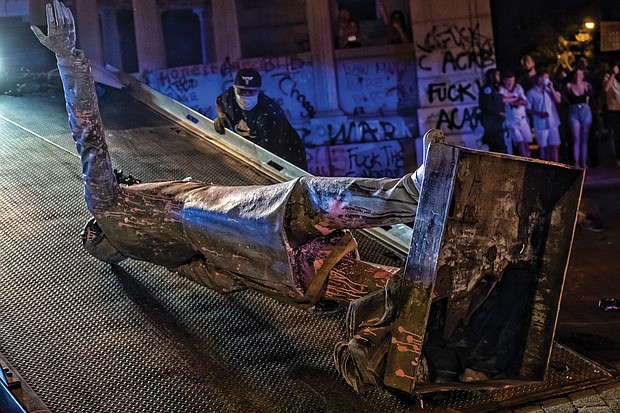 View of toppled statue of Confederate President Jefferson Davis that was pulled off its perch on Monument Avenue on June 10. A tow truck was called to lift and carry the statue away. This is one of four symbols of white supremacy and oppression that have been toppled in the city since demonstrations began on May 29.

Can Gov. Ralph S. Northam use his authority to remove the huge, state-owned statue of traitorous and slavery-defending Confederate Gen. Robert E. Lee from Monument Avenue?