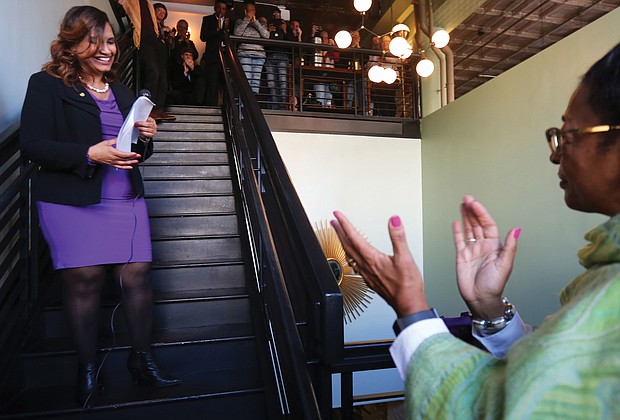 Kim B. Gray drew cheers from more than 125 supporters as she vowed to usher in a hands-on, people-centered city government if she wins the race for mayor in the November election.