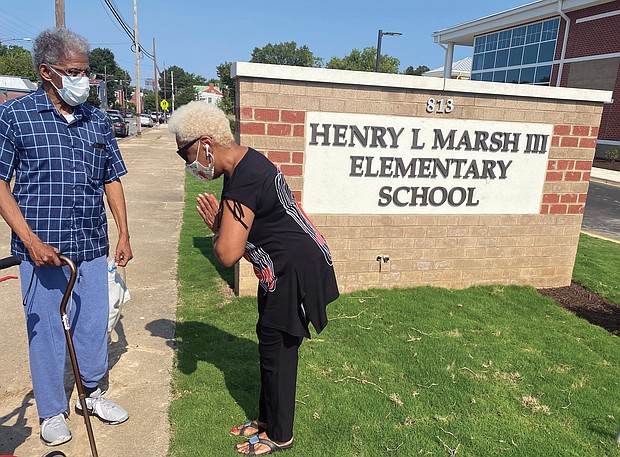 Henry L. Marsh III, a former state senator and Richmond’s first African- American mayor, is greeted on Aug. 27 by School Board member Cheryl L. Burke as he gets his first look at the new $40 million elementary school named for him in Church Hill, located at 813 N. 28th St. The school, which replaces the former George Mason Elementary that Mr. Marsh attended as a child, is one of three new city school buildings that were ready for use but remained closed as Richmond Public Schools students continued with online classes in the fall.

Who knew when Richmonders rang in the year 2020 that it would be such a year of tumult?