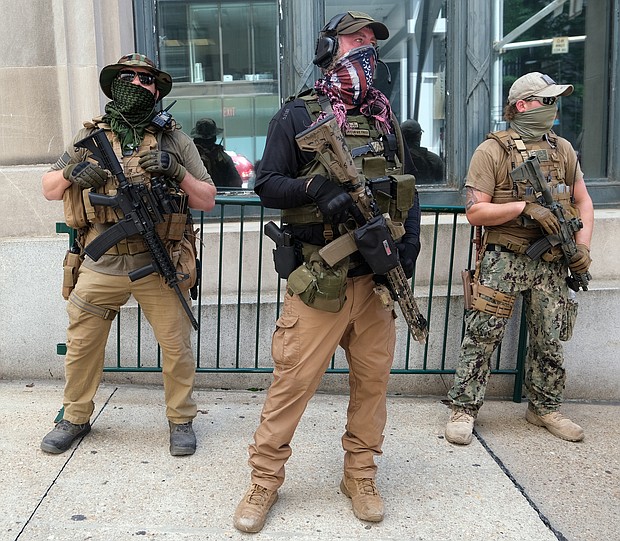 Armed members of private militia groups advocate for gun rights near the State Capitol on Aug. 18 before marching to the Siegel Center on Broad Street where the House of Delegates was meeting during a special General Assembly session to take up police reform, criminal justice reform and budget measures.

Who knew when Richmonders rang in the year 2020 that it would be such a year of tumult?