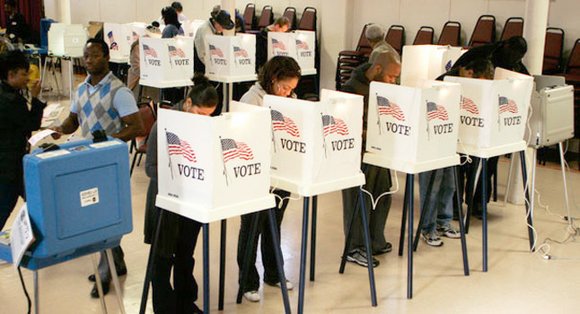 That’s the date for the special election to replace new state Sen. Rosalyn R. Dance in the Virginia House of Delegates.

Speaker William J. Howell set the election date Monday for Sen. Dance’s former House district, the 63rd, so the winner could take office at the opening of the General Assembly session Jan. 14.

The district, which has a majority-black population, includes Petersburg and parts of Hopewell and Chesterfield, Dinwiddie and Prince George counties.

Five candidates, including Petersburg Mayor Brian A. Moore, already have announced and others could. All must hustle as Speaker Howell set a deadline of 5 p.m. Wednesday, Dec. 3, for political parties or independents to file candidate paperwork.

One announced candidate, W.H. Jones, a concert promoter and longtime Petersburg activist, already has pulled out of the Democratic nomination process. “I’m going to run as an independent,” he said. “I want people to have a real choice.”

Three other people previously indicated they would compete for the Democratic nomination with Mayor Moore, an ally of Sen. Dance.

They are the Rev. Larry D. Brown, pastor of Gravel Run Baptist Church in Dinwiddie; Atiba H. Muse, a Petersburg School Board member and community organizer; and Joseph L. Preston, an attorney.

Sen. Dance had represented the 63rd House District since 2005, but gave up the seat after winning the special election Nov. 4 to replace Henry L. Marsh III in the overlapping 16th Senate District. The Senate district also includes part of Richmond.

Mr. Marsh resigned in July after more than 22 years in the state Senate to accept a high-paid appointment to the Alcoholic Beverage Control Board.