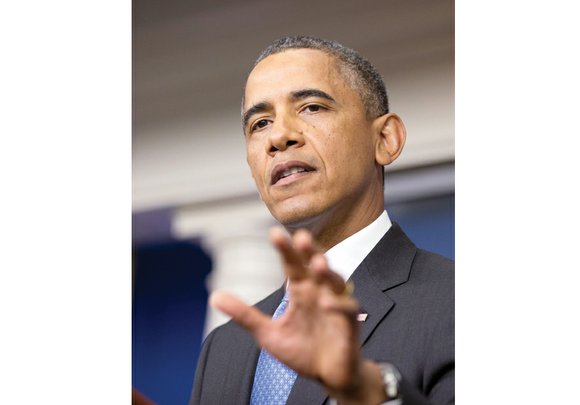 With the 50th anniversary of the Voting Rights Act, congressional Democrats are commemorating the landmark law with events across the country — from the steps of the U.S. Capitol to the foot of the Edmund Pettus Bridge in Alabama.

They’re also using the anniversary Thursday to step up pressure on colleagues to act on new voting rights proposals.

“We’re here 50 years later demanding that the Congress and our Republican colleagues do the right thing and bring a voting rights bill to the floor,” Democratic Rep. John Lewis of Georgia, a legend in the Civil Rights Movement, said last week at the Capitol. “The vote is precious. It is almost sacred in a democratic society.’’

In recent floor speeches, House Democrats invoked memories of the battle for the 1965 Voting Rights Act. And dozens of the lawmakers gathered on the Capitol steps July 30 to blast Republicans for failing to act on voting rights bills before leaving for the August work period.

“This should be a call to action,’’ said Sen. Patrick Leahy, D-Vt., the lead sponsor of one voting rights bill. “This is not a history lesson.”

The White House announced Tuesday that President Obama will call for the restoration of the Voting Rights Act on Thursday’s anniversary.

President Obama is slated to hold a teleconference to commemorate the landmark legislation. Attorney General Loretta Lynch and Rep. Lewis are scheduled to participate.

The event will allow the president to draw a sharp contrast with Republicans, many of whom argue some provisions of the 1965 law went too far. It will take place on the same day as the first GOP presidential primary debate.

Asked about the timing of the event, White House press secretary Josh Earnest said that “one person’s irony is another person’s serendipity.”

“Maybe there will be an opportunity for Republican candidates to discuss the right for every American to cast a vote,” he said.

Back in their districts, House Democrats plan to join civil rights groups in holding events leading up to the anniversary of the day President Lyndon Johnson signed the Voting Rights Act into law.

“Our job over the break is to not let it go dark,” said Rep. Thompson, chairman of the CBC Institute’s board of directors.

Support for voting rights legislation gained momentum after a U.S. Supreme Court decision in 2013 invalidated a provision that had required certain states, including Virginia, and other jurisdictions with a history of voting discrimination to get federal permission — or pre-clearance — before making any changes to their election procedures.

Under the Voting Rights Amendment Act of 2015, Georgia, Louisiana, Mississippi and Texas would be subject to pre-clearance. Another bill would make 13 states subject to such monitoring.

Both measures face an uphill battle.

Democratic Rep. Cedric Richmond of Louisiana said Democrats must convince Republicans that passing voting rights legislation “is the right thing to do.”

“That’s between us changing public sentiment and them having a deep conversation with their God,” he said.

Rep. Bob Goodlatte, R-Va., chairman of the House Judiciary Committee, has said the legislation is unnecessary and that the Voting Rights Act has strong provisions to protect against voter discrimination.

“We are certainly willing to look at any new evidence of discrimination if there is a need to take any measures,” Rep. Goodlatte recently told the Roanoake Times in Western Virginia. “But at this point in time, we have not seen that, and therefore no changes have been made since the Supreme Court decision.”

But House Majority Leader Kevin McCarthy of California told reporters recently it’s time for an “overall review.” He said he would like to see a committee debate on the issue.

“I’ve got no illusions about what the other side is going to do,” he said. “But we’re going to do our stuff (events) and hopefully ignite something in our communities.”