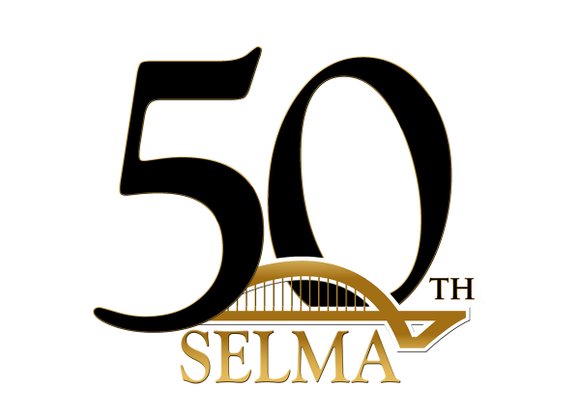 Ninety-five members of Congress will make a civil rights pilgrimage to Alabama next week.

The delegation of House members and senators will spend Friday, March 6, through Sun- day, March 8, in Birmingham, Montgomery, Selma and Marion for the 50th anniversary of the historic voting rights marches in 1965.

President Obama will join them March 7 in Selma to commemorate “Bloody Sunday,” when state troopers attacked marchers as they tried to cross the Edmund Pettus Bridge on their way to Montgomery to demand voting rights for African-Americans.

This year’s group would be a record number of congressional marchers and include the largest number of Republicans to participate in the pilgrimage since the first one was held in 1998.

Of those, 13 senators — seven Democrats, five Republicans and one independent — were confirmed to attend, according to the organizing group, Faith and Politics Institute.

The House delegation will include 82 members — 64 Demo- crats and 18 Republicans.

Additional members could also show up for individual events, such as the Selma appearance with President Obama.

Organizers say the trip is at capacity and registration is closed.

The institute is a bipartisan, interfaith nonprofit focused on racial and political reconciliation in Congress.

Democratic Rep. Terri Sewell of Birmingham and GOP Rep. Martha Roby of Montgomery, are co-hosting the pilgrimage and helped recruit members to attend. Leaders in the Senate include Sherrod Brown, D-Ohio, and Tim Scott, R-S.C.

The annual trip to Alabama is led by Alabama native and Democratic Rep. John Lewis of Georgia, who was among those beaten during the 1965 march. Rep. Lewis said he was happy to see greater interest from Republicans this year. Although the event is traditionally a non-political appreciation of history, voting rights is the focus of an ongoing political fight in Washington.

The Supreme Court threw out a key section of the Voting Rights Act in 2013, and legislation to restore it is pending. Rep. Lewis is among co-sponsors of the bill, which would once again require that some states with a history of discrimination, including Virginia, seek Justice Department approval before making any changes to their election systems.

Some Republicans say the strict oversight, known as pre- clearance, is no longer needed, which is why the legislation has gone nowhere in Washington.

Asked if he would use the Alabama pilgrimage to drum up GOP support for the bill, Rep. Lewis said, “We can talk in fellowship and get to know each other better. It’s going to be wonderful.”

Rep. Sewell said the 50th anniversary of the marches should inspire Congress to act on the voting rights legislation.

“I hope this year’s commemoration will renew our commitment to the ideals of justice and equality for which the foot soldiers marched and that Congress will work together to restore the federal pre-clearance requirement,” she said. “It is my hope that all Americans will honor the sacrifices of the foot soldiers by committing themselves to voting in every election — federal, state and local.”

Rep. Roby said she wants the pilgrimage to focus on the events of 1965, not the Supreme Court’s 2013 decision.

“It will be an amazing experience and a time for reflection with our colleagues,” she said. “I think this is a time to focus on that and not let other issues of specific legislation ... take away from the bipartisanship of the trip.”

A disagreement over whether President Obama’s appearance March 7 would replace Selma’s March 8 march re-enactment — the re-enactment is tradition- ally held on a Sunday — was settled last week. The president is expected to deliver remarks on Saturday and the march will proceed as planned on Sun- day, according to a statement from Alabama state Sen. Hank Sanders, D-Selma, and several organizations involved in the anniversary events.