At 75, ODBA’s struggle for justice continues 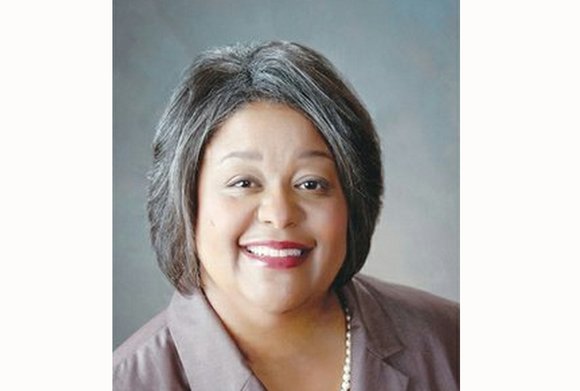 When black lawyers from across Virginia gathered in Richmond last week to mark the 75th anniversary of the Old Dominion Bar Association, far more than nostalgia was on their minds.

The three-day commemoration of the legal triumphs over discrimination won by the founding generation of one of the nation’s oldest statewide black bar associations was mixed with soul searching about the ODBA’s future relevance at a time when segregation is no more than a fading memory for many black attorneys.

Even as OBDA members gathered at the State Capitol to wash down canapés with white wine near statues of Confederates like Robert E. Lee, there was a sense that the passion for racial justice that animated the group’s formation had, in the words of former Gov. L. Douglas Wilder, “been hijacked,” and that OBDA sadly is no longer what it once was.

Paradoxically, it was the very success of ODBA’s pioneering members in fighting racism that laid the groundwork for its current plight. That process started in 1940 when a black attorney, Frederic Charles Carter of Richmond, protested an attempt by white officials to confine him to a small segregated alcove in the law library at the state’s highest court.

Eighteen months later in April 1942, 25 black lawyers from across the state held the ODBA’s first official meeting and elected legendary civil rights attorney Oliver W. Hill of Richmond as president. Over the years, its members filed case after case to dismantle segregation in Virginia and throughout the United States.

The result, generations later, is an unprecedented flowering of opportunity for African-Americans, including black attorneys, that has led some of them to question whether predominately African-American professional groups such as the OBDA are still necessary.

“We have members who are doing very well in areas of the law that our founders may have never dreamed of,” she said. “If there’s an area of law we didn’t get into, it was by choice, not because of a blatant policy that kept us out.”

That means, says Ms. Holland, that some black lawyers no longer enlist in black organizations like the OBDA, opting instead to join local bar associations and specialized legal groups in which white lawyers predominate. Ms. Holland estimates that while the ODBA has grown by roughly 25 percent during the past year to about 140 dues-paying members, that probably represents only about half the black lawyers in the state.

That trend is troubling to some black lawyers. Among them is Aubrey W. “Champ” Fountain III of Richmond firm Harrell & Chambliss, which, with 10 attorneys, is the largest black law firm in the state.

Born in 1968, Mr. Fountain has been practicing law since 1997. Before attending law school, Mr. Fountain worked as a paralegal in the legendary Richmond law firm Hill Tucker & Marsh, started by civil rights lawyers Mr. Hill and Samuel W. Tucker who later were joined by former state Sen. Henry L. Marsh III. Mr. Fountain’s exposure to titans of civil rights litigation shaped his view of what it means to be a legal freedom fighter.

“Being around those lawyers almost compelled me to become an advocate for the voiceless and the hopeless and those who could not defend themselves,” Mr. Fountain told the Free Press. But, he says, his generation of black lawyers has not always provided similar mentorship to young black attorneys. 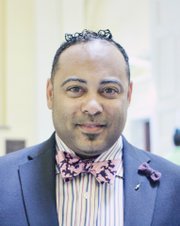 “Lawyers around my age need to be a bridge to the next generation, to connect them to the traditions that shaped us. Some of the younger lawyers seem totally oblivious to them.”

There are, of course, exceptions to that dreary trend, such as Stacey E. Lee, a 30-year-old associate at Harrell & Chambliss. Now president of the Hill-Tucker Bar Association, Richmond’s local black bar group, she helped spearhead support for Richmond General District Court Judge Birdie H. Jamison, who was ousted by the Republican-dominated state legislature in a controversial proceeding earlier this year. Judge Jamison must leave the bench Nov. 30 after 24 years.

Many young black lawyers, Ms. Lee said, “think we’ve arrived. They don’t seem to realize that the fight is not yet over.”

The ODBA is taking steps to make sure that its members are prepared to win the next round in that battle. Among other things, it has improved its online presence by hiring a professional webmaster and expanded its outreach to young attorneys and law students.

But it remains to be seen if such measures will be enough to reverse the powerful trends that stand in the way of the next generation of legal freedom fighters.

For the ODBA and its members, there is only one real choice — evolve or die.