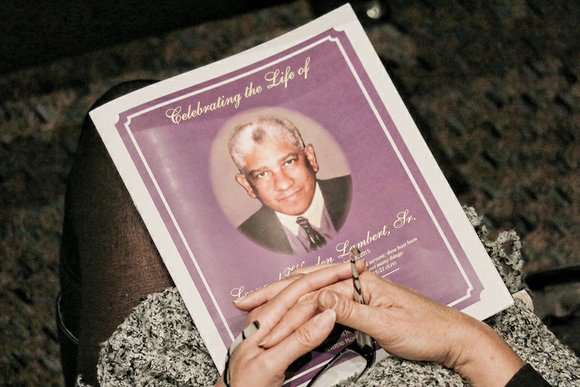 Stirring music filled the sanctuary and family and friends shared warm reflections of Mr. Lambert, who was described as a man of strong faith who left a lasting mark in Metro Richmond by his decades of legal, church and community service.

Among his achievements, Mr. Lambert became Richmond’s first African-American judge in 1973 when he was named a substitute judge for the Richmond General District Court.

At left, his wife, Sylvia J. Lambert, and other family members leave their pews during the recessional at the conclusion of the service.