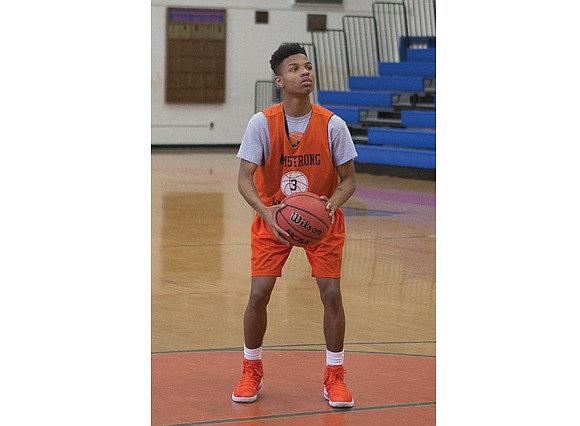 Harris answers to the nickname “B,” but represents Plan A at Maxie Robinson Gymnasium.

“Brian grew up in our program,” said Armstrong High basketball Coach Darryl Watts of his third-year starting point guard. “He’s an excellent ball handler and can also be our leading scorer.”

At 5-foot-8 and 140 pounds, Harris is all about quickness of foot, sleight of hand and decision-making.

“I use my speed to try and create opportunities to feed my teammates,” said Harris, who is the team captain.

In helping the Wildcats to a 6-4 start highlighted by winning the Bill Littlepage Classic in late November, Harris has averaged 13 points and seven assists.

“On a given night, you never know who our leading scorer will be,” said Coach Watts. “In our first 10 games, we’ve had four different top scorers.”

Armstrong struggled to an uncharacteristic 9-12 last year after going 65-32 the previous four seasons.

“He’s better than the world knows,” Coach Watts said. “Every day, Dominique does something in practice to amaze us.”

“I got a text last spring that Marchelus was transferring here, and to this day I don’t know who I got that text from,” said Coach Watts. “It was good news though.”

When Coach Watts wants a faster tempo, he turns to his 5-foot-5 whirlwind Zarkeil McKeachin.

“We put him on the other team’s best ball handler. We want him to be a pest,” said Coach Watts of the 10th-grader. 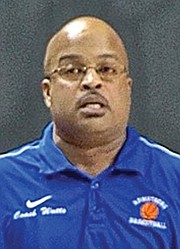 “My teams at Fairfield played against Brian’s Creighton teams,” Coach Watts recalled. “That’s when I first met him.”

“I went to as many Armstrong games as I could just to feel the atmosphere,” Harris said.

It was obvious Harris couldn’t wait to slip into the Armstrong Wildcats blue and orange.

“He was here so much, after a while I just gave Brian a key to our gym,” Coach Watts said.

Now you might say Harris holds the key to the Wildcats’ offense, and after a short decline, it’s purring again.