Spotlight on VAEA 2016-17 Art Educator of the Year 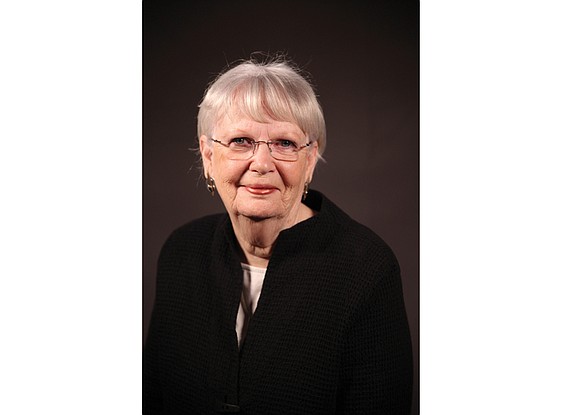 When Ginna Cullen was an art teacher in Louisa County Public Schools, she noticed one student’s ability to beautifully cornrow hair and challenged her student’s skill for a final exam.

Ms. Cullen’s unconventional teaching methods, combined with her passion for art and public education, earned her the 2016-17 Art Educator of the Year Award from the Virginia Art Education Association.

She was nominated by the group’s president, Linda Conti, and presented with the award last fall during the Virginia Art Education Association’s annual conference in Norfolk.

This year marks Ms. Cullen’s 50th year of teaching. She has gone from teaching younger students in public schools to teaching on the college level. She now works at Virginia Commonwealth University as an adjunct art instructor and as regional program coordinator of off-campus graduate art programs.

That’s an impressive feat for someone who originally had her eye on a math career. Her father, an industrial chemist, introduced her to math at an early age.

“He made it interesting, so math was never difficult to me. It made sense,” she says.

She loved art as well. But when she enrolled at the University of Mary Washington, she decided to focus on math. As she advanced, Ms. Cullen realized that her ease and love of math ended with calculus.

So during her junior year, she changed her major to art.

Although she recognizes art and math as two different fields, she believes them to be founded on the same principle: Problem solving. In this sense, she says, the relevance of art in public school education carries just as much weight as math does.

“I think there is an artist in all of us because creating is essential to us as a species,” she says. ”We spend a lot of time denying it, but it’s really who we are.”

Ms. Cullen began her teaching career in Manassas in 1967, when public schools in the Northern Virginia city were beginning to integrate.

“The experience opened my eyes to a lot that I did not know,” she says. “My students taught me a lot more than I taught them.”

She says she made a point of introducing her students to African-American artists. Today, she is part of a master’s degree outreach program at VCU in art education that travels to public schools across the state to instruct student teachers.

In addition to her contributions in public schools, Ms. Cullen has served on several boards, including the Louisa County Education Association, where she was treasurer, and as the director of the gallery at the Louisa Arts Center. Her work has been shown as part of solo art exhibitions, traveling exhibitions, gallery shows and invitational exhibitions.