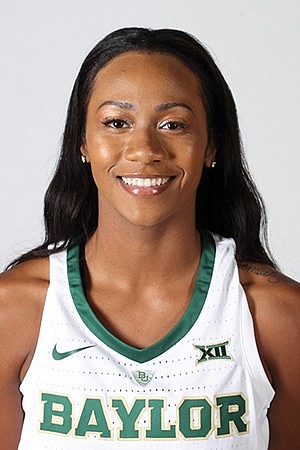 At the end of Chloe Jackson’s college basketball journey, she found a pot of gold.

Jackson’s 25 points, five assists and two steals made the difference in the Bears’ 82-81 win over the University of Notre Dame before 20,127 fans at Amalie Arena.

Her twisting layup in heavy traffic with 3.9 seconds left put Baylor ahead for good.

Dominating on the inside for Baylor was 6-foot-7 senior Kalani Brown, with 20 points and 13 rebounds.

This was Baylor’s third NCAA title under Coach Kim Mulkey. The Bears previously won the championship in 2005 and 2012.

Baylor, finishing 37-1, played the last 11 minutes of Sunday’s game without one of its top players, junior Lauren Cox, who suffered a knee injury in a tangled rebound attempt. Cox had to be taken off the floor in a wheelchair.