Much of NSU Spartans' talent comes from Richmond area

When the Spartans open this Saturday, Aug. 31, at Old Dominion University, NSU’s roster will be teaming with athletes from the 804 area code.

Two players front and center may determine the success of the MEAC-affiliated team. 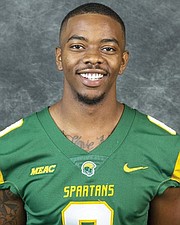 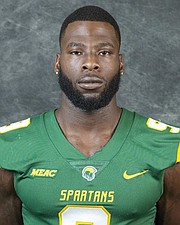 Nigel Chavis, a senior linebacker from Richmond’s Armstrong High School: An elite defender, the 230- pound Chavis made 71 tackles in 2018, including 13 for losses. He also had eight quarterback hurries, recovered two fumbles and forced two more. 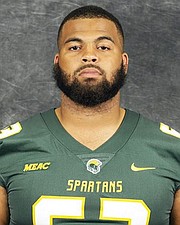 Craig Rodwell Jr., a senior offensive lineman from Varina High School in Henrico: At 6-foot-4 and 290 pounds, he serves as a primary bodyguard for Carter and the Spartans running backs. Rodwell started all 11 games last season at right guard. 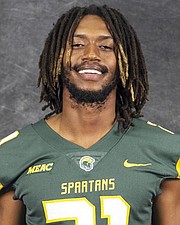 J.J. Givens, a junior receiver from Atlee High School in Hanover County: After transferring from North Carolina State University, the fleet Givens will be among Carter’s top targets.

The NSU-Richmond connection isn’t by chance. NSU’s coaching staff has deep roots in the 804. Coach Scott played at Lee-Davis High School in Hanover County and coached at the University of Richmond and Virginia State University.

The Spartans have drawn a tough assignment for their opener. NSU plays in the NCAA’s FCS Division, while neighboring ODU is in the FBS, the highest classification. FBS schools are allowed 85 scholarships; FCS schools, 63.

NSU was 4-7 overall and 2-5 in MEAC last season. ODU was 4-8 overall a year ago, with a bold-letter upset over Virginia Tech.

Gazing ahead, NSU will host Virginia State University on Saturday, Sept. 7, while ODU will travel to Blacksburg for a rematch with the Virginia Tech Hokies.