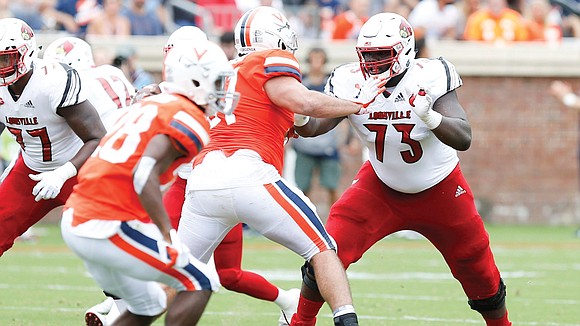 Mekhi Becton, a 6-foot-8, 370-pound junior at the University of Louisville, has won the Jacobs Trophy which goes to the ACC’s top offensive lineman.

The honor was voted on by ACC head coaches and defensive coordinators.

Becton did not yield a sack this season in 628 snaps for the Louisville Cardinals. He was credited with 60 “total knockdowns” as a blocker.

Becton has not announced yet whether he will return for his final season of eligibility. If he decides to enter his name for the NFL draft, he is expected to be a first- or second-round pick.