Spotlight on winner of Anthony Award for Best Short Story 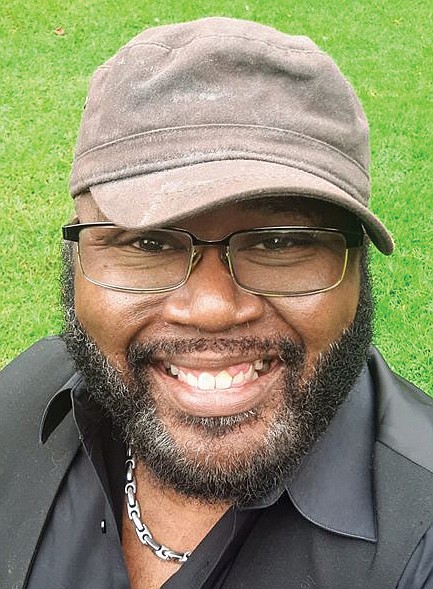 It has been almost two months since author Shawn A. Cosby won the prestigious 2019 Anthony Award for Best Short Story during the annual Bouchercon World Mystery Convention in Dallas.

His short story, “The Grass Beneath My Feet,” published by the online crime-fiction journal TOUGH, was voted on by convention attendees and beat out four other finalists. Mr. Cosby was honored during the awards ceremony Nov. 2.

“It makes me feel like, ‘Man, I think I found what I’m good at.’ Maybe I do belong in the room with the James Pattersons and the Walter Mosleys of the world,” Mr. Cosby says.

While the award was a surprise all the way up to the moment conference officials called his name, a look over Mr. Cosby’s résumé points to a clear reason why he was chosen.

Mr. Cosby occupies a unique place in the modern literary world, as he taps into his history and experiences as an African-American man born and raised in poverty in the rural South to create crime and mystery fiction that comes from a perspective seldom seen in the genre.

That perspective is getting a big boost very soon, as Mr. Cosby is set to publish “Blacktop Wasteland” in July, the first of two books to be published as part of a deal with Flatiron Books.

A native of Mathews County, Mr. Cosby cites the influence of his teachers Lolita Payton and Jeff Bohn, as well as educator and community advocate Beatrice Bobo, as critical parts of his development as a writer.

Mr. Cosby began his writing career in the horror genre, but found himself gravitating toward crime and mystery work thanks to a lifelong appreciation for the crime genre and its stories that “spoke to me.” He sees the genre has potential as an avenue for stories unique to the African-American experience, while telling “our stories in a way that resonates with people.”

After years of writing, publishing and networking that didn’t seem to produce much progress, Mr. Cosby recently has garnered attention and accolades in rapid succession. A particularly impactful moment came during a panel at last year’s Bouchercon in Florida, where his response to the prejudiced comments of an audience member critical of the growing diversity in books caught the attention of a literary agent.

Now with an award under his belt, Mr. Cosby is enthusiastic about the road ahead. He is eager to see his work connect with young African-American men whose lives mirror his own. And he has high hopes for the path that lies ahead of him.

“I’m a college dropout from a poor, poor town, grew up poor in a 12-by-60-foot trailer, and I’m having a book published by one of the top five publishing companies in New York,” Mr. Cosby says.

Meet this week’s Personality and a writer who is telling his own story, Shawn A. Cosby: