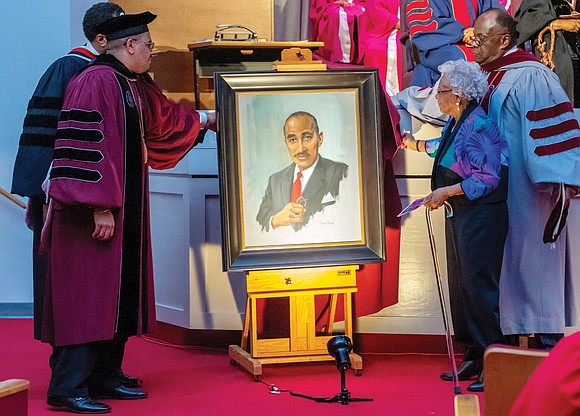 The society will induct people who embody the leadership, spirit and dedication of Dr. Walker beginning in November 2020.

“Virginia Union, through their educational programs, prepared him to walk among kings and queens and never be intimidated,” said his widow, Ann Walker, in a statement released by the university.

Dr. Walker, who died in January 2018 at age 89, is credited with being the key strategist behind many of the civil rights protests that Dr. Martin Luther King Jr. led in seeking to end the racial injustice of Jim Crow in the 1960s.

He went on to serve as Dr. King’s chief of staff and an early board member of the Southern Christian Leadership Conference, which Dr. King founded. He served as executive director of the SCLC from 1960 to 1964.

Later, Dr. Walker was called as senior pastor of Canaan Baptist Church of Christ in Harlem, where he served for 37 years.

During Monday’s ceremony, a portrait of Dr. Walker was unveiled, along with an image of a medallion to be awarded to future society honorees.

The ceremony kicked off the 70th Annual Ellison-Jones Convocation that will run through Thursday, Nov. 14, at VUU. The convocation draws religions leaders from across the country to lecture on praise and worship, ministry and the role of music in delivering a message. 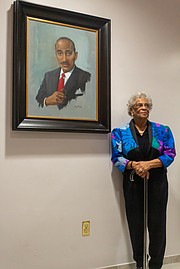