Virginia emerges as the South's progressive leader under Dems 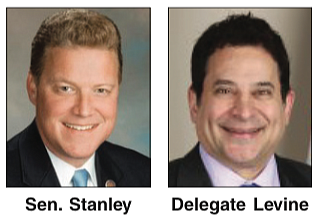 In a state once synonymous with the Old South, Democrats are using their newfound legislative control to refashion Virginia as the region’s progressive leader on racial, social and economic issues.

Lawmakers are on the verge of passing the South’s strictest gun laws, broadest LGBTQ protections, highest minimum wage and some of its loosest abortion restrictions, churning through landmark legislation on a near-daily basis.

The leap to the left has sparked fierce pushback from rural Virginians, social conservatives and others who are chafing under the political shift in the state, where a current state holiday honors Confederate generals Robert E. Lee and Stonewall Jackson and monuments to those men dot the landscape.

“It’s like a jewelry store smash and grab,” Republican Sen. Bill Stanley of Henry County said of the Democrats’ strategy. “They’re going to grab everything they possibly can while they can get it before the lights go on and the siren goes off.”

It’s a breathtaking change after years of legislative inertia. Virginia has been a political outlier among Southern states for a while, routinely electing Democrats to statewide office. But Republicans held a firm grip on the legislature until President Trump’s election in 2016, which mobilized disaffected suburban voters and boosted Democrats in two successive legislative elections. Democrats have full control of the GeneralAssembly this year for the first time in two decades.

“It’s nice to finally be able to do what I think the majority of Virginians have wanted for a long time,” said Democratic Delegate Mark Levine of Northern Virginia.

Lawmakers in the House of Delegates and state Senate have voted to end a state holiday honoring Confederates Lee and Jackson and, instead, are making Election Day an official state holiday.

They spent Feb. 11 — the deadline for each chamber to pass its own version of legislation — passing dozens of other bills, including a measure to incrementally raise the minimum wage to $15 an hour and legislation to allow local governments to remove Confederate statues.

That bill comes in the wake of a 2017 white supremacist rally in Charlottesville that turned violent. The rally was sparked in part by that city’s attempt to remove a statue of Gen. Lee in a public park.

Lawmakers also have advanced this year:

• A renewable energy measure that will likely raise electric rates but, environmentalists said, make the state among the greenest in the country.

• A repeal of a provision requiring voters to show ID before casting a ballot.

The legislature, led by the first female and Jewish House speaker and with the highest number of African-Americans in leadership positions in the state’s 400-year history, is set to give final passage to most pieces of landmark legislation ahead of the March 7 adjourn- ment.

The highest profile fight has been the Democrats’ push for stricter gun laws, including universal background checks and a ban on selling assault weapons, after last year’s fatal shooting at a government complex in Virginia Beach. Many Democrats campaigned on the issue in 2019, and gun control groups heavily funded candidates.

Democratic Gov. Ralph S. Northam’s gun control measures passed the House, but the more-conservative Senate has blocked some of the measures, including the assault weapons ban.

Despite a largely conservative history, Democrats have had a large footprint in Virginia for years. Virginia was the only state in the South to pick Hillary Clinton in the 2016 presidential election, and Democrats have made sizable gains in other legislative elections. The most recent blue shift has been fueled in large part by the state’s growing suburbs, particularly in Northern Virginia, where voters are more likely to be immigrants, college-educated and liberal.

“The Northeast megalopolis has sort of migrated down to Virginia,” said William Frey, a demographer at the Brookings Institution.

He said Virginia is at the “vanguard” of demographic trends playing out in other Southern states such as North Carolina and Georgia, which almost elected the nation’s first African-American female governor in 2018.

But Republican leaders say Democrats are stretching beyond what mainstream Virginia voters support.

“The policies being enacted right now are going to be a rude awakening to the majority of Virginians, even people who voted for Democrats last year, as they continue to have to dip into their pockets more and more to pay for this agenda,” said House Republican Leader Todd Gilbert of Shenandoah County.

Conservative opposition to many of the changes in Virginia, particularly on gun measures, has reached past the state’s borders. Thousands of gun rights activists from around the country flooded the State Capitol and surrounding area in protest last month, some donning tactical gear and military rifles. In West Virginia, Gov. Jim Justice and Liberty University President Jerry Falwell Jr. have encouraged Virginia counties unhappy with the state’s new direction, particularly on gun laws, to leave the state.

Business groups also have added their voice to the opposition, with alarm over labor-friendly measures Democrats passed. Only a handful of liberal states, including California, New York and Maryland, have passed laws that will eventually set a $15-an-hour minimum wage.

“It’s not good company to be in at all,” said Brett Vassey, president of the Virginia Manufacturers Association.

Yet progressive Democrats said the chamber hasn’t done enough on several issues. Lawmakers have rejected a bid to repeal the state’s right-to-work law that bars mandatory union membership, as well as a number of criminal justice reform bills, including measures to end solitary confinement, reinstate parole and make it easier to expunge criminal records for misdemeanor and nonviolent felony convictions.