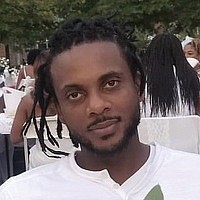 Mr. Reed, 37, who promoted Black entrepreneurship and social justice in his music and his life, died Sunday, July 5, 2020. His cause of death has not been made public.

A memorial service will be held in August, his family said.

A Blackwell resident, Mr. Reed created the seven signature waffle dishes named for city schools and the accompanying milkshakes that made the restaurant distinctive.

Mr. Reed previously worked for several other area restaurants, including Max’s on Broad, the SaltBox Oyster Co., Lunch and Supper!

Mr. Reed also was regarded as a staple of Richmond’s hip-hop community. He joined with friends 20 years ago to start the hip-hop group My Brother’s Keeper or MBK. He continued to perform with the group until 2012, when he began focusing more on the business of music production.

Those who knew him likened Mr. Reed to the Los Angeles rapper Nipsey Hussle for his outspoken advocacy for black economic empowerment and self-reliance to help build up the community.

“He was always writing and talking about everything that is going on,” said Anthony Gillison, owner of Just Plain Sound.