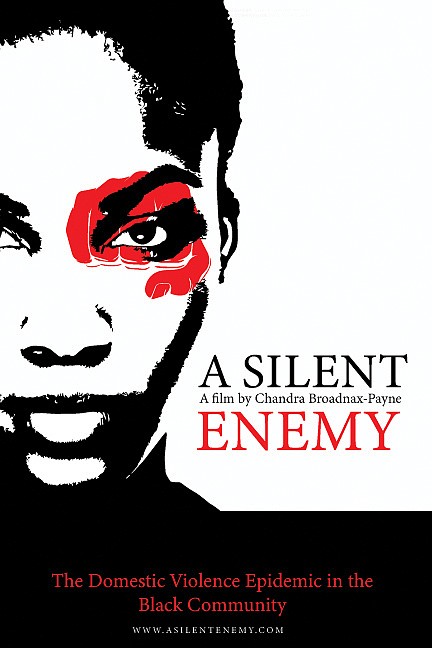 Local filmmaker Chandra Broadnax-Payne tackles the issue of domestic violence in her documentary, “A Silent Enemy,” that premieres this weekend.

The documentary is a collection of powerful and emotional stories of local women and their survival in the face of abuse that nearly took their lives. It explores the epidemic of domestic violence in the African-American community and the deadly silence that perpetuates it. 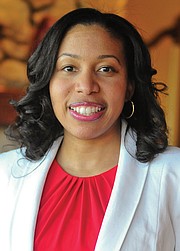 “This is a topic we need to talk about in the African-American community,” Ms. Broadnax-Payne told the Free Press. “Our rate of violence is higher than most other races, except for the Native American community.”

The documentary will be shown at 1:30 p.m. Saturday, Oct. 17, at U-Turn Sports Performance Academy, 2101 Maywill St. It premieres during Domestic Violence Awareness Month, a time set aside nationally to mourn victims of domestic violence, celebrate survivors and network for change.

Ms. Broadnax-Payne said her goal with the film was to let Black people know what is happening in the com- munity with an issue long shrouded in secrecy. She said her family, like many other Black families, said, “The family business is the family’s business. You don’t tell your friends or other people what was happening in the family.”

But that kind of silence, she said, “helps to perpetuate the violence.”

The film documents women’s experiences and recovery from physical and/or mental abuse. Ms. Broadnax-Payne’s interviews took her from Richmond and Hopewell to Chesapeake and Norfolk to talk with women in their late 30s to 50s.

“Some of the women I talked to did not know they were in domestic violence relationships ,al- though they were being hit or mentally abused,” Ms. Broadnax-Payne said. “That was normal for them. That was part of a continuing cycle.

“The things I explored and sort of explain was the silence, the generational pattern of ‘what goes on in the home stays at home,’ ” the first-time filmmaker said.

She also noted African-Americans have a history of societal trauma dating back more than 400 years. Therefore, as a group, we protect one another—a culture of loyalty, she continued.

“With that said, domestic violence victims are not quick to report the abuser,” she said, also pointing out the tension between the Black community and law enforcement.

She hopes “A Silent Enemy” will help start conversations about domestic violence that people may have been too embarrassed to discuss in the past. She is convinced those types of conversations can save lives.

A native of Brooklyn, N.Y., Ms. Broadnax-Payne moved to Richmond with her family in the early 1990s. She attended Huguenot High School and earned bachelor’s and master’s degrees from Virginia Commonwealth University in 1998 and 2002, respectively.

She has set up a scholarship of $500 awarded annually to an exceptional full-time, undergraduate mass communications female student at VCU with at least a 3.0 GPA who is active in the community.

Ms. Broadnax-Payne also is the author of the motivational book, “You Go Girl: 25 Ways to Step into Your Greatness.”

What: Premiere of “A Silent Enemy,” a documentary by local filmmaker Chandra Broadnax-Payne.

Other: Because of COVID-19, registration required at http://www.eventb...">eventbrite.com. Face masks also are required, with seating arranged for social distancing.