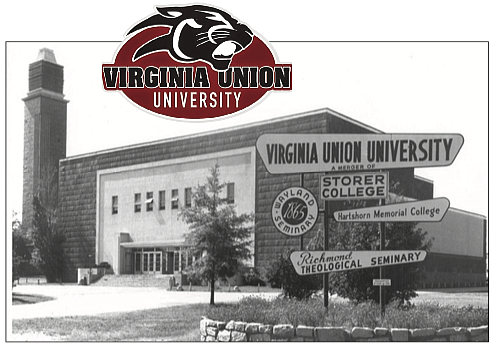 But more recently, few gyms have been more silent. 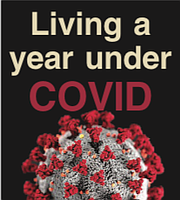 The “legends” of Barco have been fast asleep. Dozens of colorful individual and championship banners dangling from the rafters have become little more than dust collectors. All of that proud tradition just got a year older, quietly, with no fanfare.

The “storm” Coach Butler was referencing is the coronavirus, a cold-hearted opponent you can’t outrun, out jump or out slam dunk.

VUU, along with the rest of the CIAA – the nation’s oldest HBCU conference—opted out of the entire 2020-2021 basketball season due to health and safety concerns for all involved.

Other athletic conferences opting out this season included the SIAC another HBCU Division II league — and the Division I Ivy League and Sunshine State conferences.

Still, more schools have played than haven’t. The television coverage of the NCAA playoffs has gone on without Virginia Union’s men’s and women’s programs that have been postseason regulars.

“You watch the games (on television) and you feel bad for the kids. I know they miss playing,” said Coach Butler, who was a star guard at VUU in the 1990s before becoming a coach.

Panthers everywhere had to wistfully feel that “it could have been us.”

“I put myself in their shoes,” Coach Butler said. “How would I feel” not playing while others are?

“I know all of us miss playing at Barco — a Monday night at Barco with the crowd behind us.”

Even if VUU and other CIAA schools had decided to play this season, attendance would have been limited because of COVID-19 crowd restrictions in Virginia and elsewhere.

“We haven’t practiced together, but we’ve stayed in touch by Zoom,” he said of the team.

“We talk about individual workouts, finding an open gym, going outside to shoot.”

There is no shortage of willing Panthers. The 2020-21 roster was announced with 25 names, including 15 newcomers.

Come October, those 25 will vie for about 15 spots on the active roster. Coach Butler reports having just nine athletic scholarships. That means some sharing of scholarship money.

The 2020-21 seniors are being granted another season by the NCAA. That means 6-foot-7 senior/graduate student-to-be Jordan Peebles will return.

Peebles, who was All-CIAA in 2019-20, is a high-wire act without the tightrope. He’s an alley-oop dunk waiting to happen.

“We’d like to see Jordan go out with a championship,” Coach Butler said.

When the subject of championships comes up, VUU doesn’t need to take a back seat. The Panthers’ three NCAA titles — 1980, 1992 and 2005 — are the third most in Division II history. VUU’s 29 overall NCAA bids is fourth in the annals.

Regrettably, VUU has closed the 2020-21 season in silence. But Barco-Stevens Hall isn’t going away, and neither are the Panthers.